This is how it looks like now after I setup the device connection. Both are on same local network and no firewalls were involved. They connected fine and I started on A add the “test” folder C:\Users…\AppData\Local). It scanned except 6 subdirs - permissions are given to Syncthing to be able to r/w on the folder. 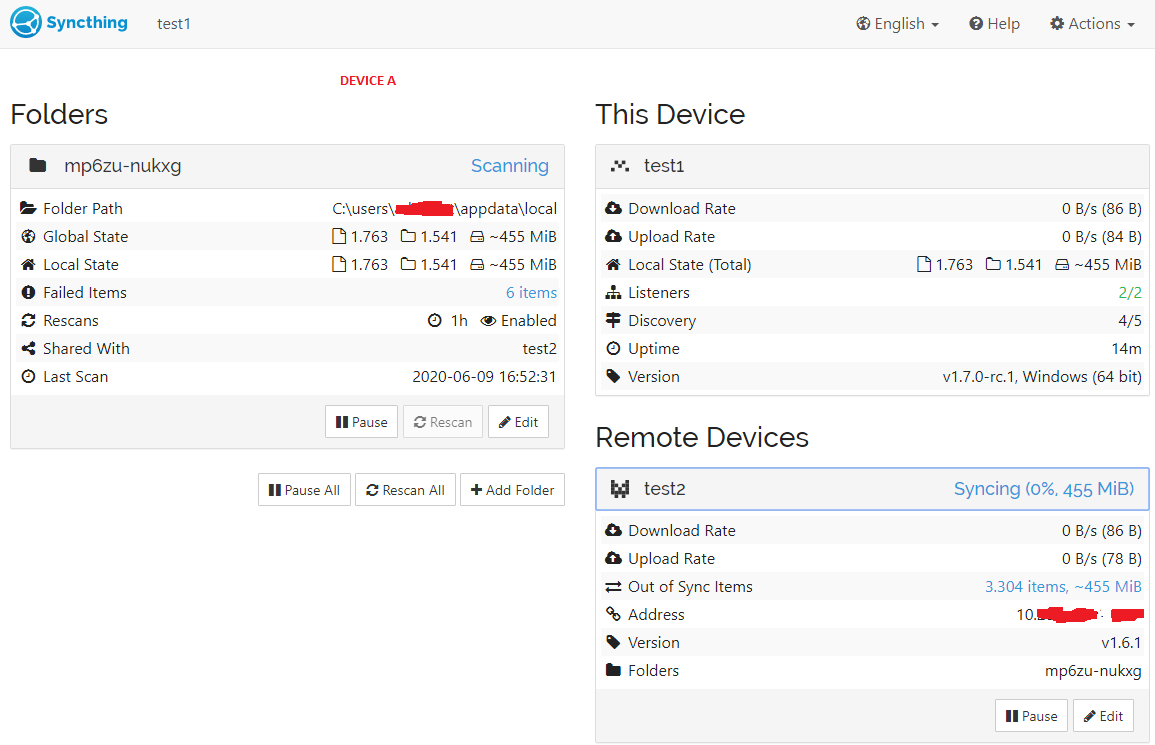 I’ve turned some logs on before starting my test session. I’d submit them via PM on request with my Google Drive.

EDIT: I don’t think its relevant, but those are the (expected) failed items on device A: 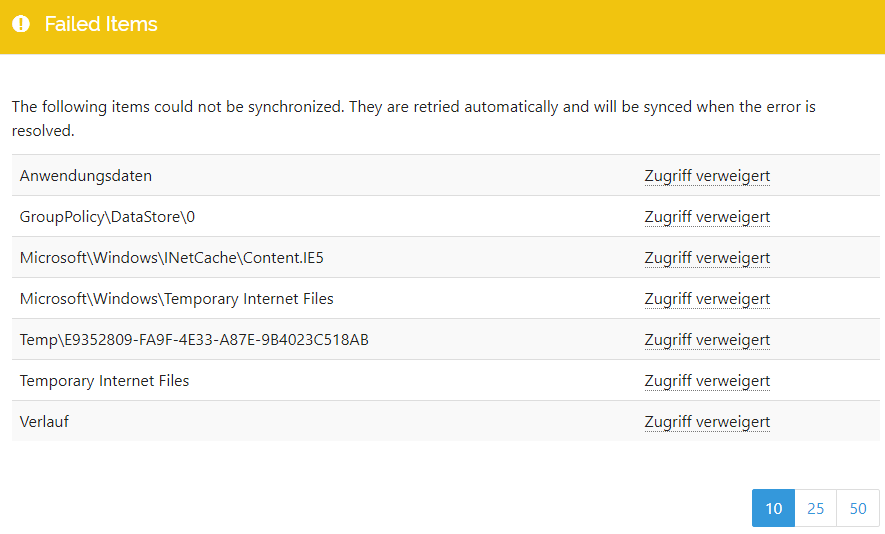 Ok, so restarting device B immediately let’s device A show “disconnected - B” on the Web UI and after the automatic reconnect delay passed by, the notification is shown as expected on device A.

Maybe it’s a bug that it doesn’t show up the first “connection attempt” on the already running device B instance?

Ok, to follow up. When I try to reproduce this next time, I’ll enable config logging too. (I think the requested model logging was already active last time I’ve captured the logs.)