I’ve setup two test nodes and - just for test purposes - tried to sync one of the useless’d folders ever: %LocalAppData%.

Here are the screenshots of the “localapp” folder in question. 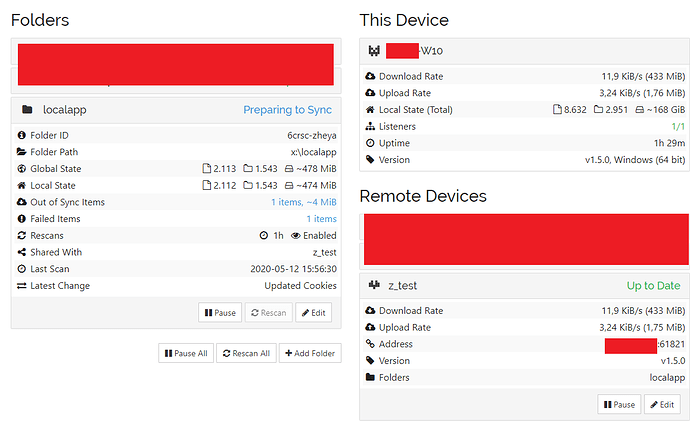 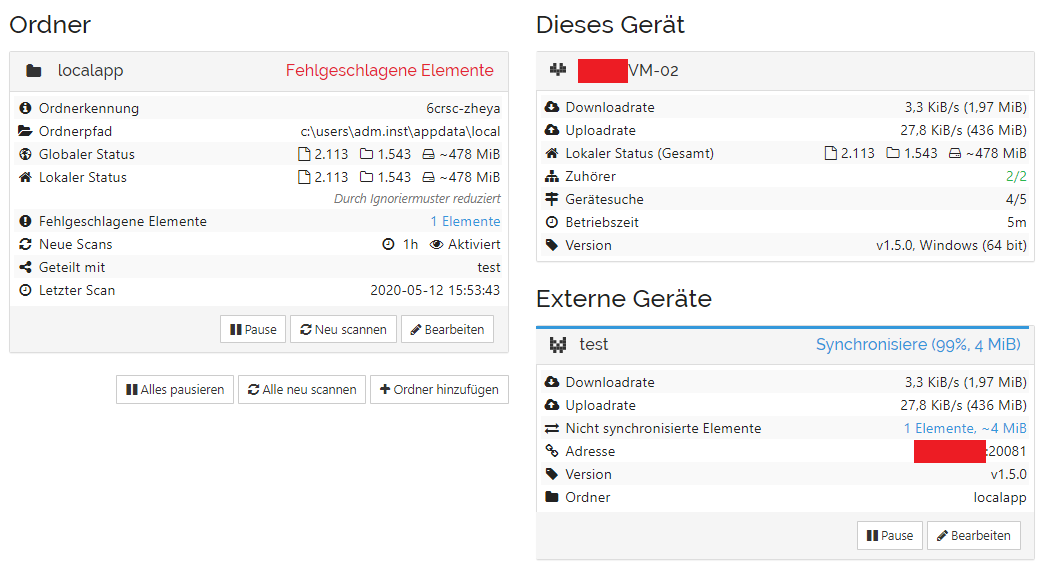 On both nodes, the sync status flickers. It fastly changes between the following texts:

It takes approx. 50 msecs until the states change. I constantly see some ~2 to 3 KB/sec transfer rate on the Web UI (counting up).

I expected Syncthing would handle this more gracefully instead of retrying every milliseconds again to pull the file.

I think this is a bug in the handling files that have changed on disk and needing rescan. There’s a constant stream of failed requests from A triggering constant rescans on B causing constant updates to A which retries and requests from B… Maybe the rescan never happens.

There was a fix for something similar in 1.6.0. You might try that.

And model debug logging (especially on A) would have the interesting bits (though if Jakobs suggestion works that’s moot).

Just to follow up: I’ll try to fresh-setup this test scenario again with v1.6.0 when it’s out.