I have two Windows computers. As it is now mostly of the time, the two computers are not turned on at the same time; meaning they are often not in sync (not before I went upstairs or downstairs to power on the computer which is powered off - only to have them sync)

Therefore i guess I need a thirds device which is the “main syncting server” ITs only purpose is to have syncthing installed (with file file versioning support)and to be running night and day syncing between the two Win computers.

When the main syncthing Server is turned on the whole day – I need a energy efficient machine – So I ask you Which hardware (cheapest which can handle running syncthing and OS) and which “lightweight” OS?

I can buy a used Intel Desktop Board D945GCLF2 (Board Specs) with an Atom330 (CPU Specs)and 2GB DDR2 Ram – would it be able to meet my needs?

The dark house is perhaps my router which have and USB-port (=hard-drive)?

ATOM330 should be good enough to handle the workload. You just need to determine how many disks/capacity you need.

Raspberry PI-3 with Ubuntu Mate running 24/7 will work flawlessly. It’s powered by a phone charger. HDD is a micro SD card, choose your size, or a powered HDD/SSD if more space is needed. All up cost under $80.

If you need a more powerful box that can also run big repositories and other server applications: 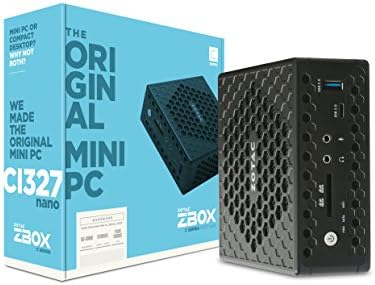 I’m using a raspberry pi 1 powered by my home router USB3 port. Works great. I touched it once to set it up and havent touched it since. I think i’ve forgot the root password :S. Syncthing doesn’t need to be fast. It might help that my folders are less than 1gb and my most frequently changed file is 100kb.

Raspberry Pi 3 is a great low power device for this task but I have encountered a few issues.

I am currently running a network of five Pi 3 devices. One of them is at a remote location and I can’t visit that location often. That Pi syncs around 12000 files daily to the other devices. This creates too much load to the mounted USB memory. Already after a few months one of the USB memory devices has failed.

The internal SD card of the Raspberry Pi may also get corrupted if there is a power outage or a surge. This has happened to me too.

In other words, if you decide to use a Pi 3 make sure you don’t do excessive amounts of writes to the USB memory or to the SD card. If you’re going to have it in a location with somewhat unreliable electricity you have to use a UPS.

It might be better to go with a “real computer” with spinning disks or good quality SSDs that can handle the writes.

I’m using lowpower intel hardware with debian 9 amd64. It has a SATA port and USB3 https://www.geekbuying.com/item/VORKE-V1-Plus-Intel-Apollo-Lake-J3455-4G-RAM-64G-SSD-MINI-PC-379383.html?Currency=EUR&gclid=Cj0KCQjwnNvaBRCmARIsAOfZq-3YMR0gomcDZ1MOzNuV82cgh_fDjld7hlV6O9oZeRgjHfffhFzCfcoaAsYQEALw_wcB#googtrans/en/nl

In other words, if you decide to use a Pi 3 make sure you don’t do excessive amounts of writes to the USB memory or to the SD card

The syncthing program is monitored about 4.400 folders and 41.000 files

I guess there is no definitive answer as the quality of USB memory varies too. In my case I am creating thousands of new files daily and deleting them daily. This seems to be too much and I am using USB memory from well known makers like Transcend.

If you’re creating or updating tens or even hundreds of files daily your USB memory should probably be ok.

But… it will die one day. I usually change and upgrade USB memory devices on my Raspberries every year just in case.

Monitoring static files should not be an issue.

A Samsung 850 EVO SSD might be an option here. The power consumption is as low as 1.8 W for the smaller editions during writing and 0.025 W during sleeping. Its a little bit higher (~3W for the 1 TB edition) (Source)

The read and write cycles are enormous.

I have two cubieboard1-s (about the same speed as a raspberry pi) with an attached HDD installed in two separate locations (think parents, parents-in-law) and a rock64 board; again with attached HDD. They are perfect for syncing about 60k files and I never need to look at them. The rock64 is in a completely different league than the others, but this only really matters for initial setup. Now I have a 24h dedicated private cloud with geographical HA. Love it! I can sync stuff anytime I want with my desktop or phone as well.