What is this folder ".dbus-keyrings"?

Have in the User folder a (.dbus-keyrings) folder that shows up again and again after deletion. If this folder generated by Syncthing?

It probably comes from Gnome. Are you storing your home directory in Syncthing?

I have a Windows computer. No, actually, are just a few folders from the Home Folder in Syncthing synchronously.

got the same folder (win7)… could be some session keys for encryption?

And you are only using Windows? Are you using any Linux software on Windows? Any cygwin stuff?

A month ago I switched from Ubuntu on Win7, left is a system reserved folder “F” 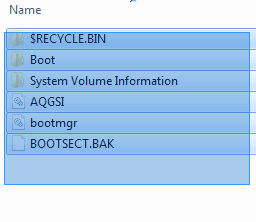 . Otherwise I have no Linux software, as far as I can tell.

It might just be a legacy which you didn’t see, as it’s definately a linux thing, and syncthing has no relations to dbus.

Try searching for that file, or unhiding hidden files.

Inside this folder is just this file “org_gtk_gdbus_general” it is hiden

I meant searching on his pc!

No, I was being rude and implying that actually googling for it might answer the question. Which maybe it does, but in an unusually obtuse way… It’s not a Syncthing thing anyhow.

After I deleted the folder and restarted the machine, the folder was back. Perhaps the folder belongs to Syncthing GTK, he indeed contains a file which has GTK behalf. I have Syncthing GTK in the autostart.

It juses GTK, which most likely tries to use DBus.