"Up to Date" however certain files are missing!

I did a clean restore to my laptop. Removed all files and apps. I am now syncing the Laptop data from my phone. The file size is over 54GB. It has been completely synced as it shows “Up to date”, however I’ve noticed some files are missing. When I checked global and local state, both show similar stats. I removed all files and resynced for like 4 times now. The result is the same. My $1100 Samsung phone is overheating and I feel like the battery is about to swell crashing and destroying the phone completely.

Please help me fix this or recommend a better Syncthing alternative 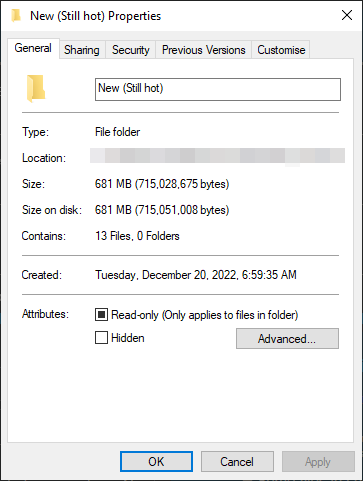 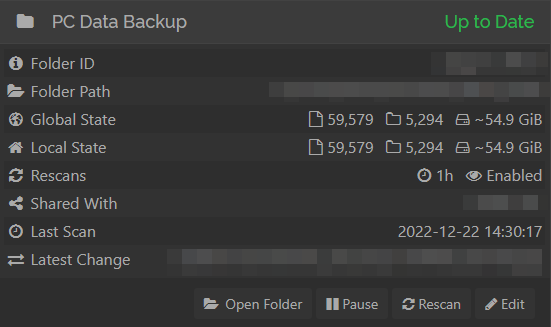 Please upload full screenshots of the Web GUI from both sides. On Android, you can access the Web GUI using the left slide-out menu. Please make sure that both the related folder details, this device, remote device, etc. are all unfolded.

How to go to Web GUI in my PC? I have SyncTrayzor installed.

What you see inside SyncTrayzor is the Web GUI

. Just make sure to unfold the aforementioned parts and take a screenshot of it. 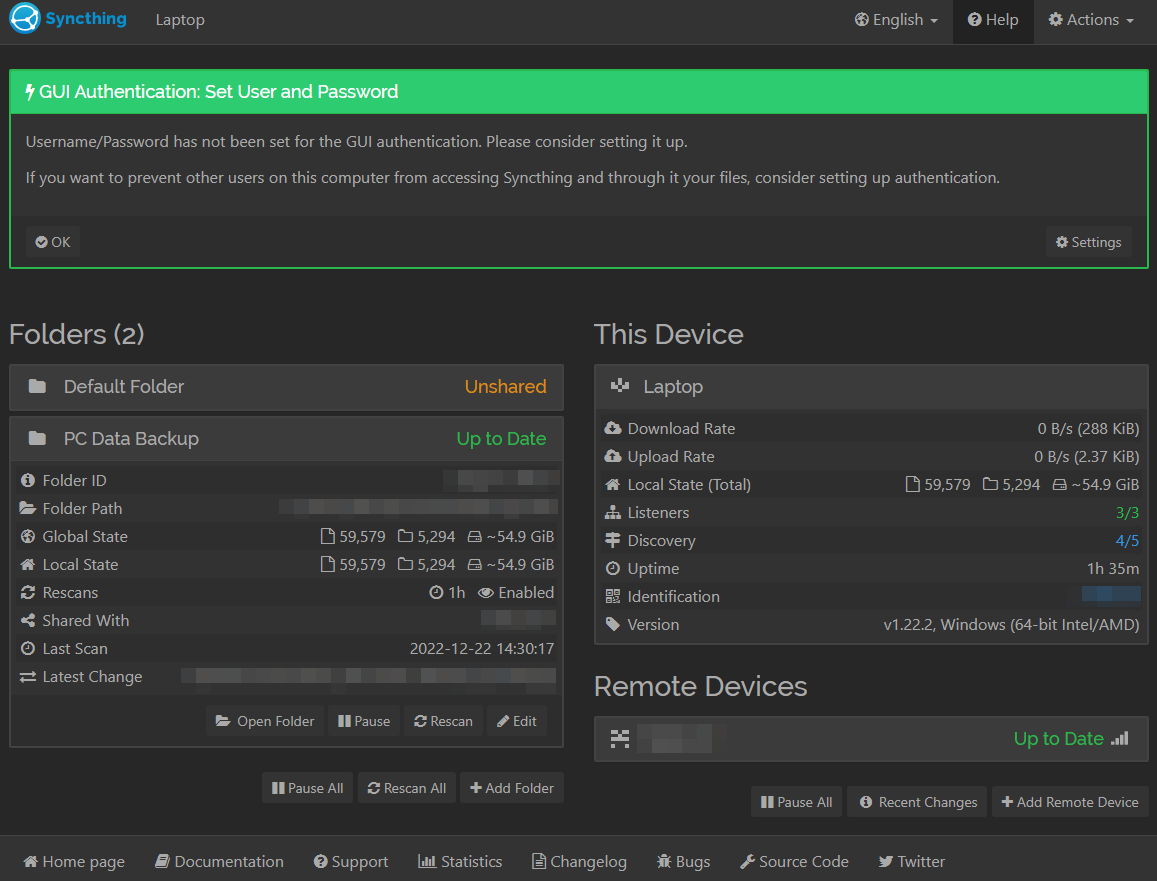 Yeah, so Syncthing says that all the files are physically present on the phone. It would really be useful to know the full path though, at least on the Android side. Also, is there anything special about the files that are supposedly “missing”? Are they dotfiles by any chance (i.e. files/folders starting with .)? If yes, then you either need to enable the display of hidden files in your current file manager, or if there is no such an option, then you may need to use a different file manager, e.g. https://f-droid.org/packages/me.zhanghai.android.files which can do it.

I would still try the other file manager to confirm that the files are really not present there. You could also use ADB (see https://developer.android.com/studio/command-line/adb) to enter the shell on the device and use the ls command to list the whole folder tree. This will confirm 100% what is going on there although setting everything up may require some some technical skills…

Alternatively, how about connecting the phone to a computer and trying to view the folder tree there? This will likely not require anything special to set up in advance.

The missing files are present in my phone. Syncthing did not sync certain of them hence is missing in my Laptop. Look screenshots above. Compare the size differences

Are there other folders on the phone? Only “PC Data Backup” is visible on the screenshot, but its size is exactly the same as on the laptop, hence my words about the two sides being identical.

Only the “PC Data Backup” folder is being synced

It has been synced! It shows a green tick. I’ve provided you all screenshots you’ve ask for. The Web GUI screenshots are above you. Now you are making me do replicate of screenshots

Now, the local state on the phone is larger than that which could indicate that there are more folders on the phone. However, the screenshot only shows “PC Data Backup”. It does look like there is something above it but the screenshot is cut at that point, hence my request for more screenshots from the Android device.

Yeah, so the local state is correct if you add up the two folders. Not sure what the problem is then. Do you perhaps mean that you’ve added new files to “PC Data Backup” on the phone yet Syncthing can’t detect them, and consequently they’re not being synced to the laptop?

The issue I’m having is, it shows “Up to Date” however certain files such as videos and photos are missing

The question is where those videos and photos are located though. Basically, I’m asking for an exact path of the “New (Still hot)” folder that’s visible in the first screenshot, or at least please state clearly which Syncthing folder it belongs to.

Did you try hitting the “Rescan” button on the folder on the device where the files exist?