When I’m syncing WhatsApp folder using Syncthing From Android 12 to Windows 10, I get the following errors: 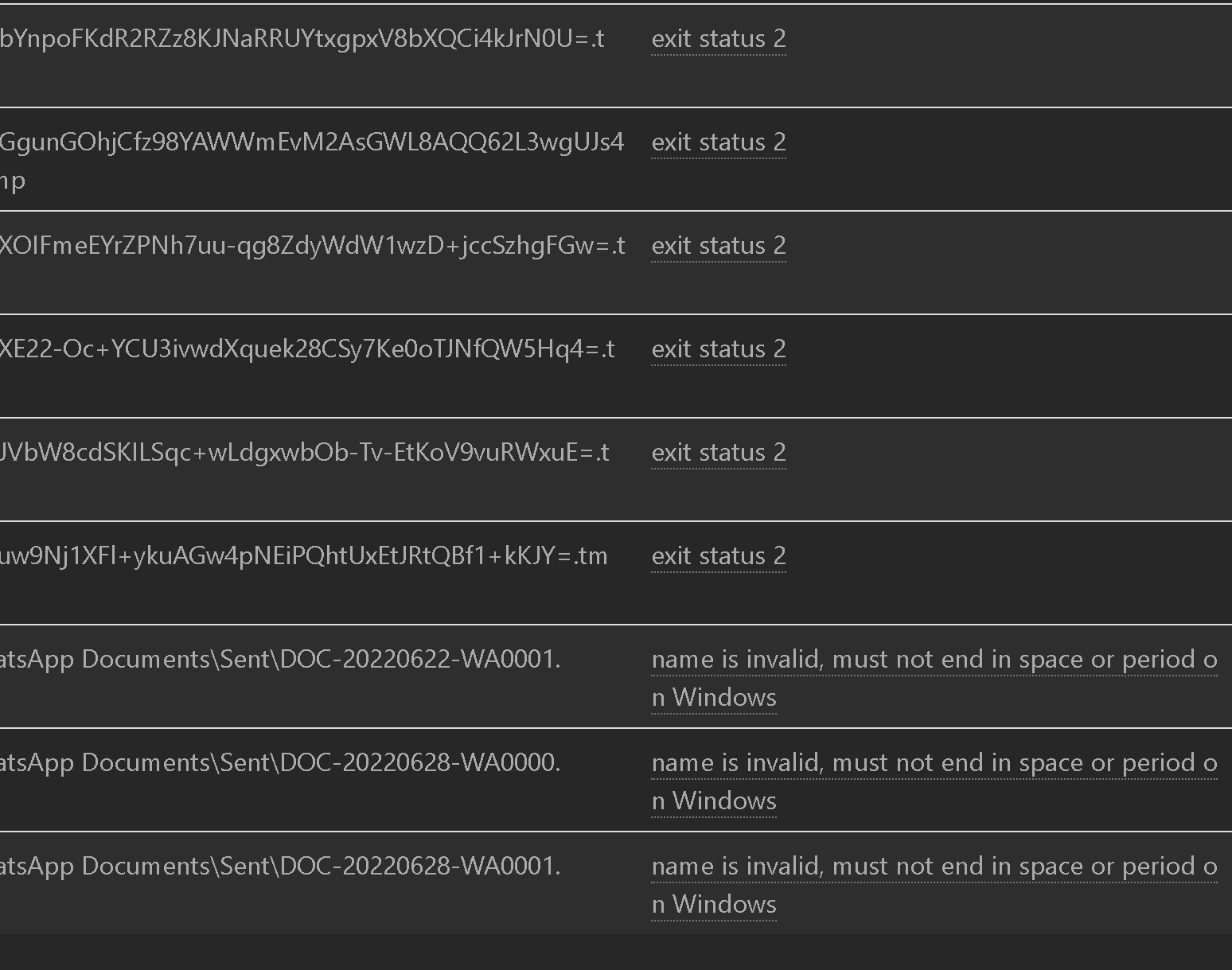 I’ve read somewhere that this error occurs because Windows doesn’t allow files that end with a dot, but when I copy files from Android to Windows via USB, the files transfer just fine.

Seems like a Syncthing issue. How can I fix this & get rid of this error once and for all?

The problem is that Windows Explorer cannot deal with such files. Even if you do manage to transfer them somehow, you’ll be left with files that cannot be deleted normally (i.e. using the Explorer interface and not special command line commands). That’s why Syncthing doesn’t allow them to sync to Windows devices.

The full details on what’s allowed and what’s not allowed are at https://docs.microsoft.com/windows/win32/fileio/naming-a-file#naming-conventions (and also in the Syncthing’s source code if you can read it).

There’s no workaround. You need to either to rename the files on Android, or ignore them if you only want to clear the errors in the Syncthing GUI. The files themselves still won’t be synced obviously.

How to ignore just these type of files without affecting anything else?

I wonder why WhatsApp uses that naming convention.

Thanks. The errors in Syncthing are now gone.

So far I’ve only seen files with such naming convention in the Sent Documents section of WhatsApp. Since the documents sent already have a copy in some other folder as well, ignoring such files aren’t an issue.

If they decide to use this format in more critical files like the ones which backup all chat data, then this Syncthing method of backup wouldn’t be of much use as it couldn’t be restored.