Unable to remove device that has been removed from introducer

I removed one old (dead) device (OLD_DEVICE) from the device set as introducer (INTRODUCER_DEVICE).

Now on one remote (REMOTE_DEVICE) I can’t remove OLD_DEVICE, message says it’s gonna be reintroduced by INTRODUCER_DEVICE even if it has been removed from it

REMOTE and INTRODUCER are connected, it’s been weeks I’m randomly trying to clean this.

I know I could edit configuration file, but I think it’s a bug worth mentioning.

It will be removed when the two devices connect.

I know I could edit configuration file, but I think it’s a bug worth mentioning.

But introducer and remote are connected 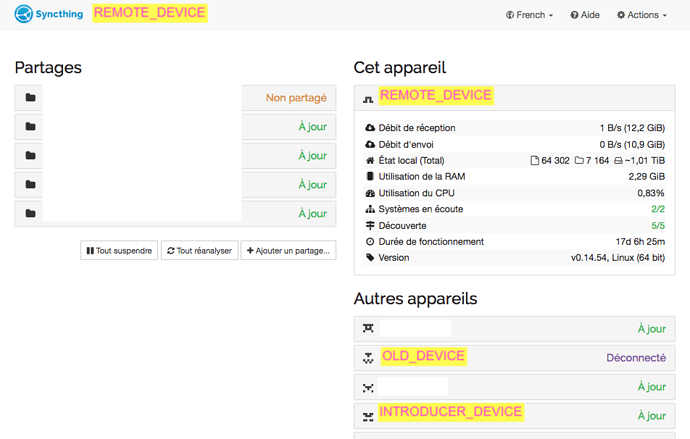 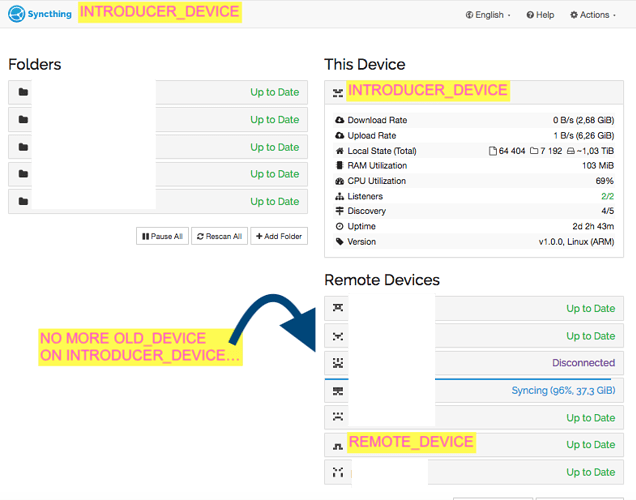 This seems like a bug. As a temporary workaround, you can disable introducer and remove the device.

Could you raise an issue on github?