trusted and untrusted node: stuck on (95%, 0B). More gentle resolution than --reset-database?

thanks a lot for Syncthing, it’s usually working wonderfully for me!

Recently I encountered a Sync problem between a trusted node and an untrusted node: I opened an Eclipse workspace on the trusted node (how foolish!), which created a fair amount of short-lived files that lead to sync being stuck at (95%, 0B).

Sync-status as reported on the trusted node: 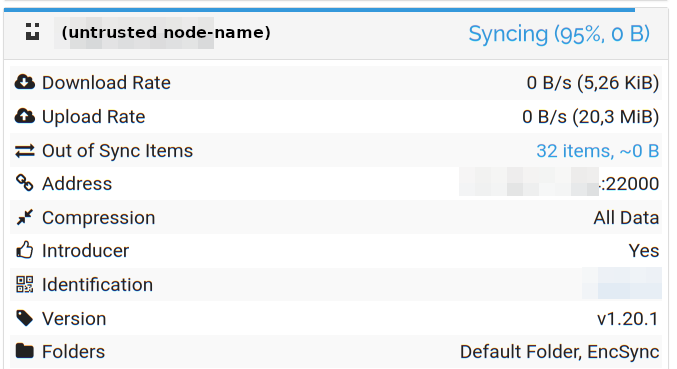 Abbreviated view of unsynced files as seen on the trusted node: 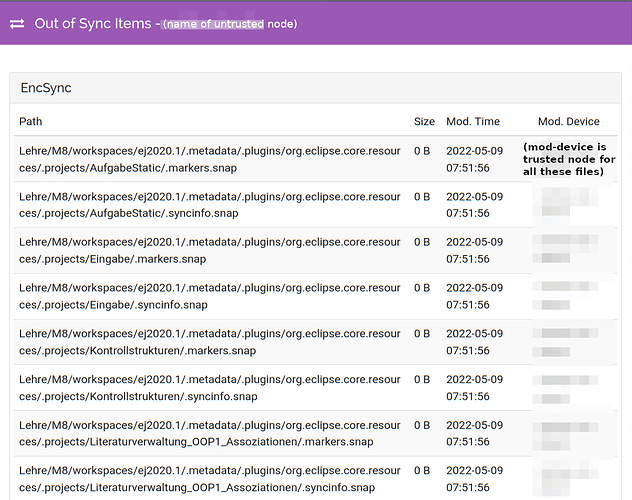 Abbreviated view of unsynced files as seen on the untrusted node: 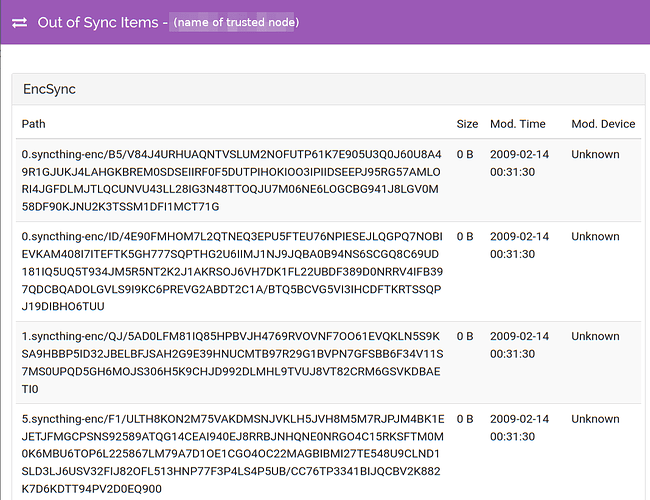 This state wouldn’t resolve even after triggering file rescans and given that these short-lived files already were not present anymore on the trusted node, that sync operation could never resolve as usual.

For future reference: Is there a more gentle way to resolve such problems?

Depends on why they didn’t sync to begin with… This looks like deleted files, which should have been applied properly on the untrusted side. I’m not sure why they didn’t. Perhaps logs from the time showed why they failed to sync?

Thanks for you quick reply. I fear the events that lead to the problem in the first place will forever be shrouded in mystery, as “syncthing -paths” seems to indicate the log goes to stdout and it appears that this was not saved.