Just wanted to mention a conflict that seems repeatable on a single txt file.

It was an issue a few weeks ago but appears to have reared its ugly head again.

The sync is is set between 3 devices:

I add day notes to a text file for convenience and it’s this file that seems to have conflicts, this has occurred following a Windows update.

There doesn’t appear to be any extended details in the log file.

I clear the conflict by choosing the latest version, all seems well. Then I go to edit the file again a few minutes later and it pops up again.

I’ve checked the time settings and all seems well with all devices.

What is strange is that it’s not affecting other syncthing files, so far. 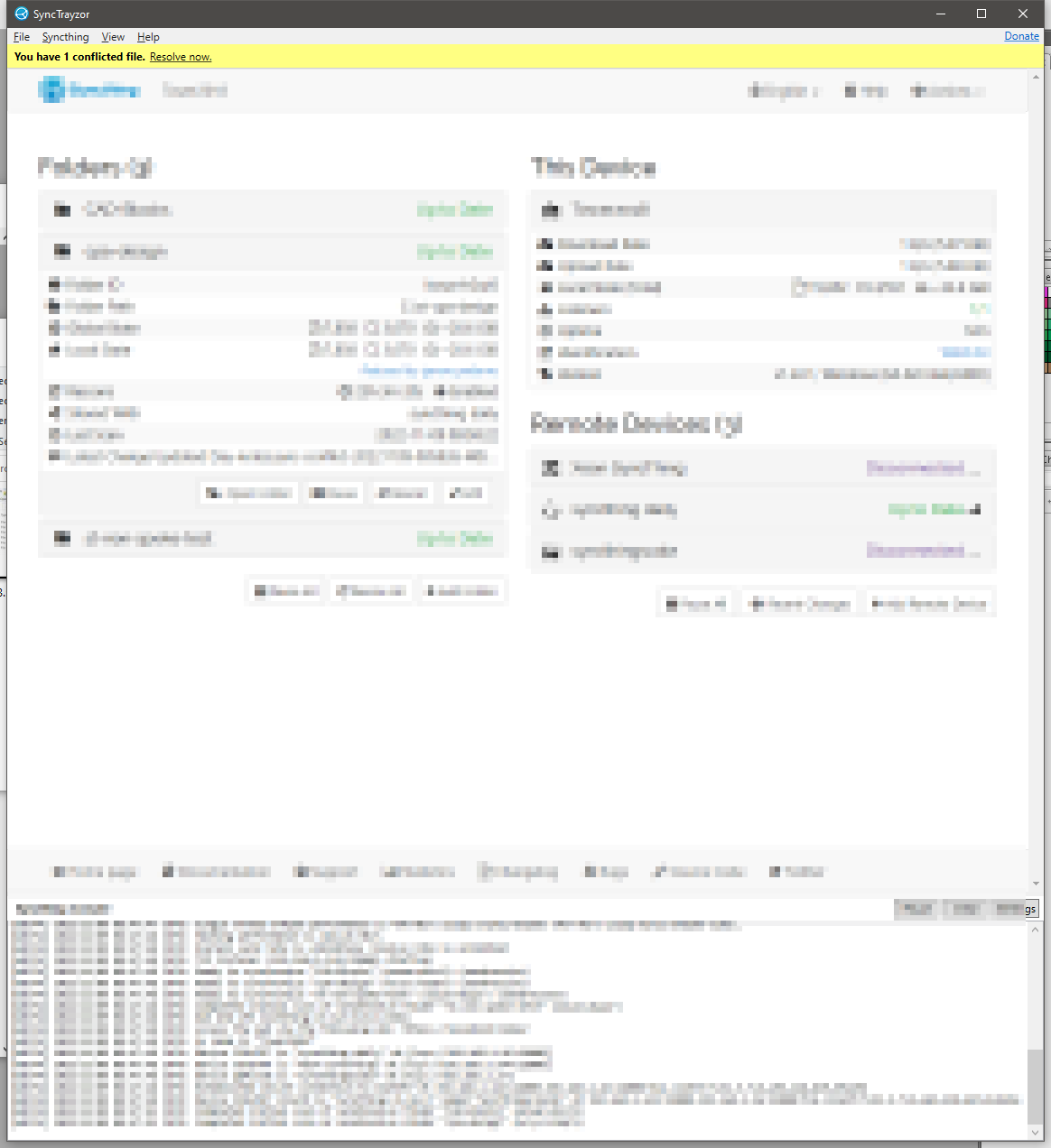 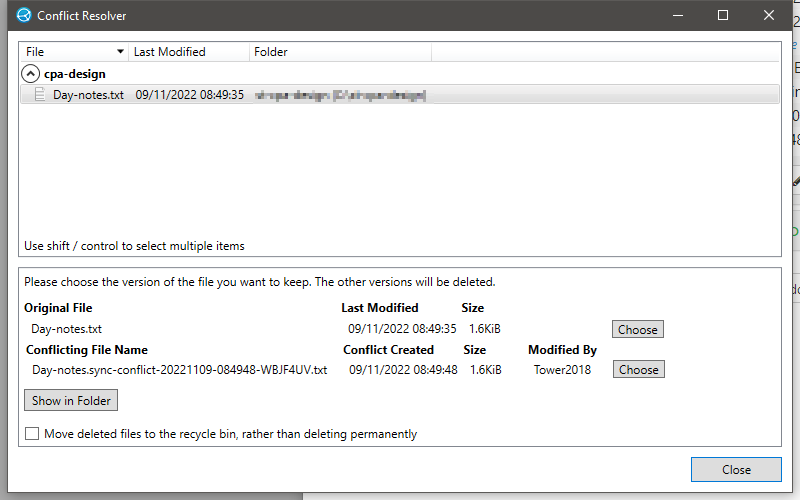 I have restarted the syncthing instances on all devices, to see if it changes things.

I saw someone ticked “Ignore permissions”. I restarted but this doesn’t appear to have resolved the issue. I’ve reverted it to unticked.

There’s a known bug, which manifests in conflicts if you have an android phone. A fix is already release to android gplay beta, and the main release is pending google’s review (approx 1d). You could disconnect your android device until the release is out.

Thank you very much @imsodin , very kind of you. I rarely use the mobile version so I will un-install for the time being.

@imsodin I’ve done this and the conflict issue no longer exists. Thank you

Only another additional @imsodin , I’ve just noticed there was an update for the android device. I have updated and tested and all seems well.

As an active user that has started depending on ST, has there ever been an issue with a ST install that has led to catastrophic failure of a file structure, or are there precautions against that happening? I only ask, before I start recommending and assisting others with the use of ST.

This conflict thing has been the most intrusive thing I can remember in the recent past. Generally data safety is our number one concerns (see project goals), so we do take that very seriously. In this case too no data was lost, just a mess created with conflicts (I acknowledge it’s still annoying and potentially disruptive if it happens to a lot of data).

@imsodin thank you! The 1.21.1.1 update seems to have fixed the issue for me too. File changes on Linux that get synced to Android are no longer generating conflict files.

Thank you for confirming that, I’m sure it’s equally frustrating for the devs too, but I’m glad it’s a worst case issue.

One other data point in case it’s relevant: I installed the 1.21.1.1 update on a current phone running Android 13, which immediately fixed the problem.

I also have an older Android 8 phone that syncs the same folders. That phone is still running 1.21.1 (I didn’t update it) and it is not generating sync conflicts.