I’m not exactly sure where to post this, but I figured I would post this in both the Synthing and the pfSense forums.

Prior to using the pfSense router, the file transfer speeds between two Syncthing clients over the internet was around 100mbps over a Kinetic by Windstream residential fiber line through an ASUS RT-AC68U wireless-AC router: 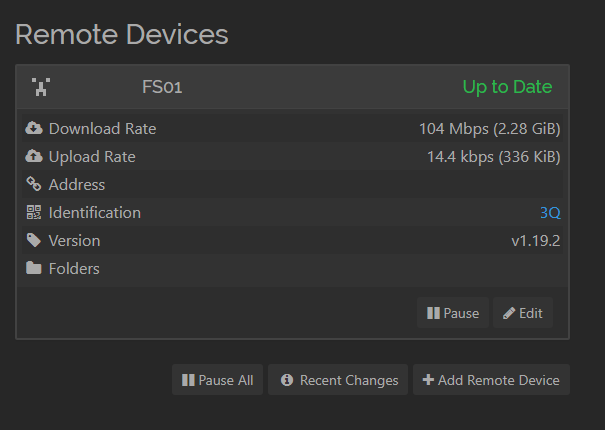 When I switched everything over to the pfSense system, the transfer speed decreased tremendously. Now, the speeds top out at about 13mbps: 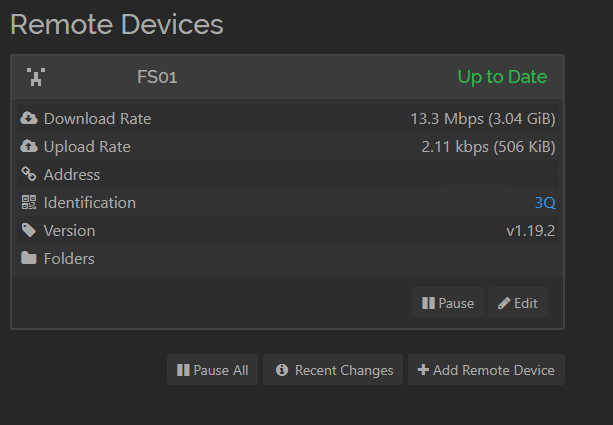 Both Syncthing servers are connected ‘directly’ to each other over the Internet without the use of any Sycnthing relays. Is there some configuration I need to look at somewhere either in the NAT or firewall rules to get the speeds back up to the same as the ASUS router?

So far I have gone as far as putting in a dual-port Intel NIC instead of using the two onboard Broadcom NICs, but this had no affect. All the rules/port forwards are identical between the ASUS and pfSense routers., and it sounds to me like a firewall traffic issue, but I can’t put my finger on the problem.

I’m not sure if anyone has any experience with Syncthing and pfSense, but any help would greatly be appreciated.

A regular speedtest will probably yield roughly the same numbers. The pfsense forum is probably your best bet.