syncthing in the kitchen (somehow)

I want to share my last project: I tuned a kitchen for children (play kitchen?).

Starting with a kitchen from IKE*, I missed some switches in the front as normal stoves have them (to turn on the oven or the hotplates). So I mounted three of them (one 12-step switch and two potentiometers). Additionally I installed LED-lights and changed the pre-installed hotplate-logic from IKE*.

The two buttons direct beside the hotplates switch the red oven-light and/or the top-light on/off. The two potentiometers can dim the hotplate-lights (LEDs) and the left 12-step switch plays music for children or normal kitchen-sounds (microwave, mixer, boiling water…) when turning around. These sounds come from the Raspberry Pi 2 with an active speaker. I wanted to be able to change the sound-files easily so i used syncthing for this. Now I have 12 folders on my Notebook with MP3-Files and when I change the contents the kitchen changes its playlist after seconds.

In the beginning, the kitchen magically turned on/off the LED-lights and music when we turned on/off the light in the room (which was a little bit scary). But after a short period of beeing an exorcist (software upgrade of own python code) everything works reliable.

It was a great project for me which made much work but even more fun to think about, construct, solder and to see my kid play with.

syncthing is a great program which I use for many things. You all do a great job!

P.S.: My next project I am working on is a RFID-MP3-Player without Switches or Buttons for my youngster. He only has to hold the RFID-tagged CD-Cover in front of the player and it starts playing. And guess how the music will be synced onto the Rasperry Pi…

Here are some pics: 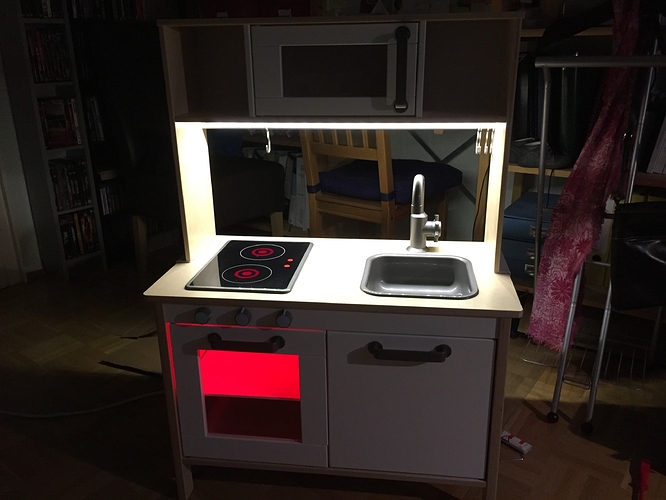 I was only allowed to add one picture… 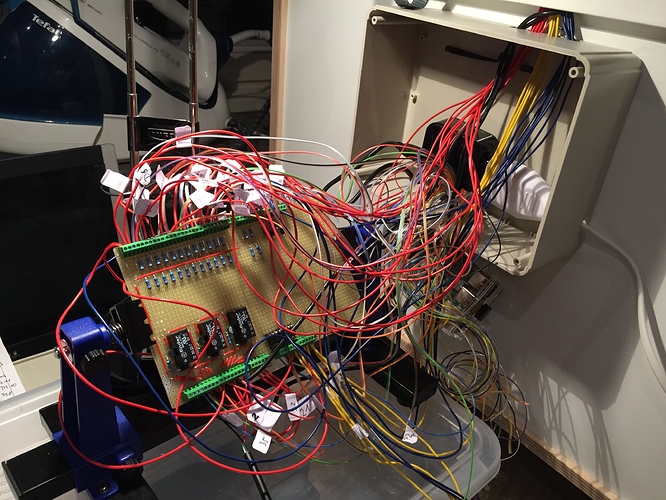 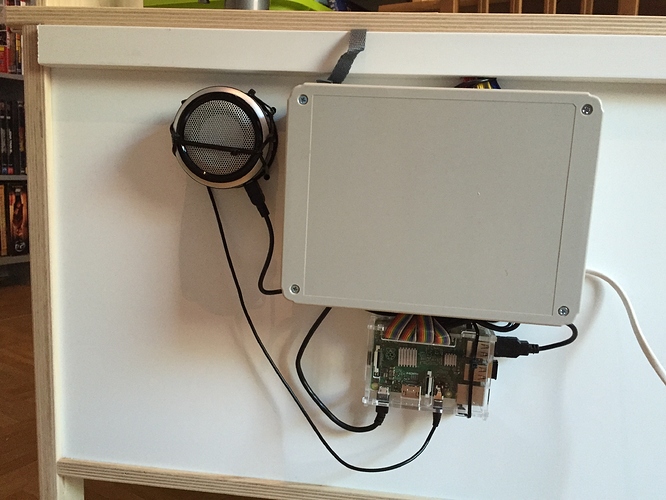 Wow, incredible amount of work you put into this. Very cool, and great use of Syncthing to keep remote IOT devices sync’d.