Sync Up to Date but out of Sync

Hi, I use gocryptfs to create reverse encrypted folder which then should be synced to another server. If I scan both (the reverse gocryptfs folder) and the remote server folder through ssh they show the same number of files like on the WebUI. But they are different. One shows 112, the other 117. 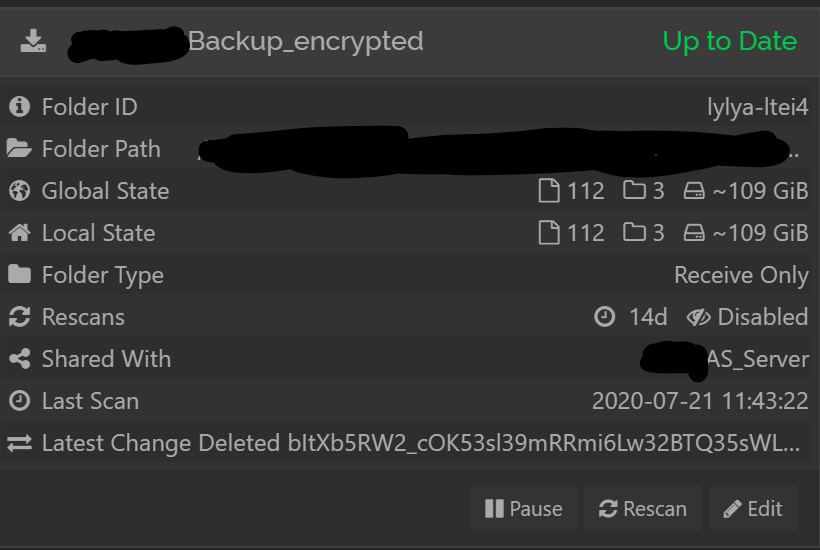 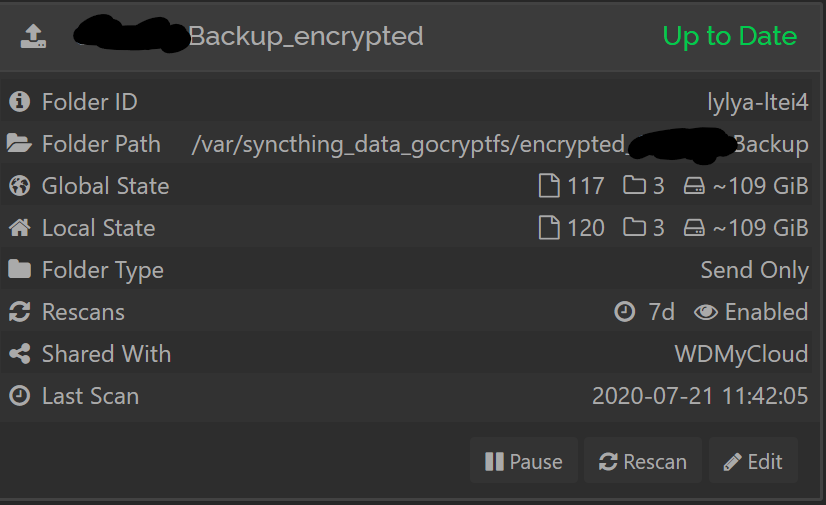 image826×505 36.4 KB
On the next picture you can see that the sending server wants to send the missing 5 files but the reciever does not care. I have restarted both servers, but nothing happened. I rescanned the folder also. 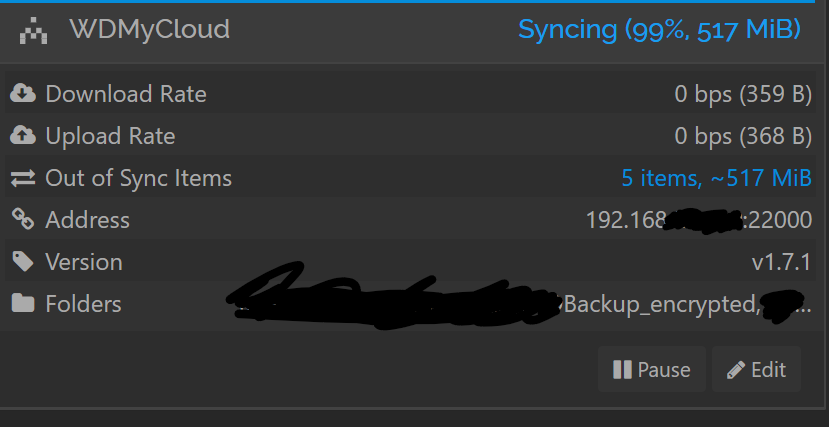 I have inotify to 300k on the sender, the reciever has inotify deactivated, as its only for backup and their should be no changes.

My sender is debian 64bit docker image syncthing/syncthing. The reciever is WDMyCloud (ARM) with the community addon. Both sucessfully synced one big folder already, both have version 1.7.1 and both filesystems are ext4.

My sender shortly showed a warning with the database and repaired 3 entries. I then sshed into the docker container used the command “syncthing -reset-database -reset-deltas” and it sayed “INFO: Successfully reset database - it will be rebuilt after next start.” I then restarted it through Web UI, it scanned the big folders very quickly (mostly were finished right away and showed up to date even if they are more than 100GB each).

The first folder that made trouble I deleted on the remote server through ssh and through Web UI and started again, after a while (first waiting for the initial scan of reciever) it worked.

I don’t know what to do, the whole sync process seems to be unreliable. Hope somebody has an idea.

(side note: on the sender the folders are mounted read only)