Nice project you have here. The power and encryption to replace VPN in a more friendly way, is outstanding. I have been playing with many options over the past month, looking for better ways to perform our work.

Syncthing does have shortcomings for my personal use though. Mainly collaboration. Seafile has gone a long way with its seadrive option, but you have to jump through hoops to have a properly encrypted remote system up and running. Syncthing security is pretty much fully configured and functional out of the bag. So the point to this post, is to give syncthing the power to replace seadrive.

As I work with others using shared files, file collisions is not an options as the collisions would be endless. Administration time would be better spent in other areas than fixing collisions. From my point of view it is far easier to have single user file locking for a group shared folder.

So what we have is many-to-one encrypted SMB shares with IMAP behaviour. To keep it peer-peer, any client can download(lock)/upload(unlock) any file and possess the lock token. To enable devices with limited storage to function, only essential needed files are ever downloaded (over fast asynchronous), and only modified blocks are uploaded (over slow asynchronous). The server is the folder owner. So the server and client role are bi-directional, but can also be pure client-server if that model is preferred.

I noted a few others have requested similar features in some ways. So perhaps there could be 4 directory modes…

I know this is asking a lot. But if you are going to do something, you may as well do it right and do it well…like the rest of the program. This should fulfil most if not all usage requirements ? Thus file locks becomes write locks and you can make them user/group dependant too. If you want to extend the permissions system.

Anyway, thanks for reading.

What you are describing is not syncthing.

Syncthing is decentralised (in your case it’s centralized to some central server), without authority (in your case there is an authority that can revoke locks), cross platform (file locking pretty much does not exist on unixes, so it would have to be windows only).

What if the metadata was masked with an empty file for the syncthing folder when locked? Could that be done on the linux side?

And if I am not mistaken one side of the link is authoritative anyway ? The fact client server is at the folder level rather than the machine level seems moot to me.

Locking as a concept simply does not exist on most filesystems on linux, so I am not sure what you are referring to when you say metadata. Nobody is authoritative in syncthing, everyone is of equal power.

Personally to me it feels you’ve shoehorned syncthing in some scenario where it doesn’t necessarily fit, and you are now looking for features that would not make sense to 99% of the user base.

Perhaps you should reconsider other tools on the market that might better suit your usecase. From what you described, normal version control system such as git or teamfoundation/perforce (which supports locking) might be a better fit. Or sharepoint, which I suppose has something simillar too.

The way seafile works it uses metadata for the filename and directory. The files themselves are a seperate entity. So what you exchange is the details (metadata)…but not the file data. That data is carved up into blocks for on site encryption and fast easy block transfers.

So in an IMAP view metadata = header, data = body. You dont download the body on IMAP unless you really have to.

It sounds to me like it would be a better solution to use something like a central Subversion server and have clients check out files from that? It supports all your locking and partial checkout needs.

Thanks Jakob. I’ll dig deeper, but there really isnt anything I have found yet. Do they offer out of the box point to point tunnelling encryption with block level transfer for family and small business ? Dropbox, Onedrive, Googledrive, Sync, Mycloud, Nextcloud, Pcloud, Tonidoid, Alfresco, Seafile, various VPN and cloud collaboration options. All of them have issues in one area or another.

I am looking for ‘management’ software. When you include features like ignore-file, selective-sync, conflict files, master-file/folder, you are moving from a ‘cloning’ software to a ‘management’ software. You are trying to control what/where/when/if files will be delivered and multi-user versions of one ‘master’ file to boot.

Then there are those who want to modify files rather than create files and read. This is the cloud storage side where you might not want to download/sync a 100GB repo on your android but you might want to edit a single file on a train. You might even want your data to just sit on the cloud/server/cluster instead of ‘any’ other devices. That might also be a family cloud where multiple members could edit the same file at the same time. The private people that want sole control over file editing and full ownership. The public people who want group editing which means corroboration and conflict control. …and anywhere in between.

So I wonder why there are 100s of different network software packages (P2P, cloud). IMHO its simply because the existing ones dont meet the demand. They all only offer a half-arsed solution to the problem. Some are badly managed bloatware that suck up all ram, cpu and diskspace and could never be used on a virtual server. Some have sloppy integrity leading to lost files. Some dont offer proper security and authentication or that the enduser can actually understand and implement. Most resort to full file conversion, encryption and transport at the network demand stage. Many are crippled, freemium, clickbait, ransomware where only the exhorbitant full fat version is guaranteed to work and function properly. Many are so deliberately complex and convoluted to make support contracts a fundamental requirement. There is not one simple, afforable, comprehensive, legit network management package for family, small business, non-profit and small charity use. Sharepoint? No comment.

We need affordable, simple, software that enables cross platform, secure file sharing with comprehensive collaboration control. Clearly syncthing is not it and never intends to be. Its still a good package though, for what it does do. Good luck for the future

What a shame, it would be such a great feature. From a user perspective, it seems like a simple yet critical request, while for developers it appears to be a no-go. 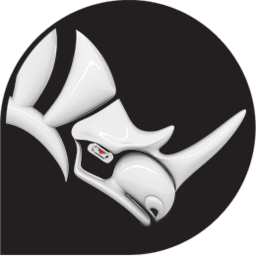 with current lockdowns, people are working from home more than ever and the mainstream IT provision is Citrix or VPN to a central server, both terrible! Looks like this would be an incredible opportunity for syncthing to monetize, creating an enterprise version.