Check debugging section in the docs and run with STTRACE=connections and provide the logs. Also “I think” doesn’t sound reassuring, so I suggest you start there…

Do I need the ports to be open on both sides? How would I check them?

This is something you’d have to Google sadly, as I don’t know from memory.

Screenshots from both sides would be useful, with items expanded. 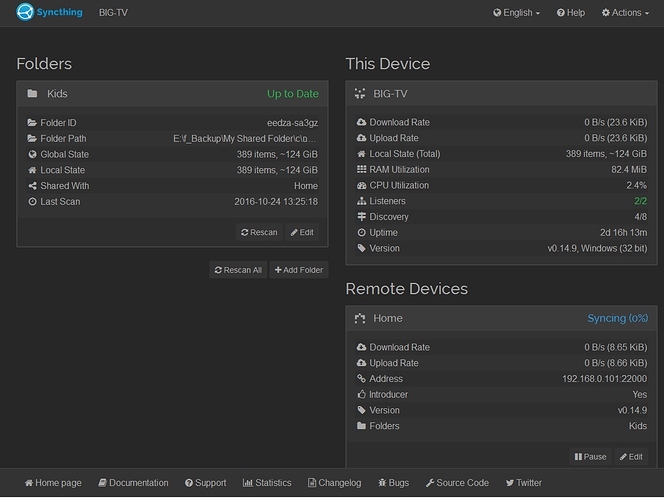 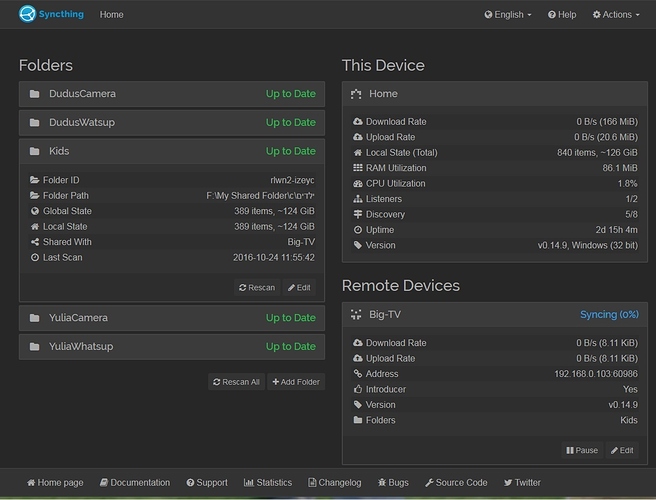 The folder ID is different on the two sides, so “Kids” is not “Kids” here. I’m not 100% sure how you got to this state - both sides should be asking if you want to add the folder created on the other side?

The solution is to remove one of the Kids folders and re-add it when prompted, or create it again manually with the same folder ID as on the other side.

Thank you - this was the problem

!!! It happands bicause the folders are big and are filled with the same content on both sides. When I added the folder to one side it took time to show up on the other - so - I added it manually - and by mistake forgot about the ID.