Hello!
I have three devices syncing a same folder.

Have you checked the list of items that are out of sync to see what might be holding up the sync process on device A?

Since device A is a Mac, it shouldn’t be as much of an issue, but incompatible filenames between different OSes are one of the most frequent issues (Windows doesn’t allow a list of symbols and reserved names to be used).

It doesn’t look like you have any ignore patterns set, so perhaps some of the out of sync items are temporary files?

Hello @gadget !
Of course I’ve set ignore patterns on each device. Here are my patters, and each of them are same.

Here are out of sync items, and they are too normal… 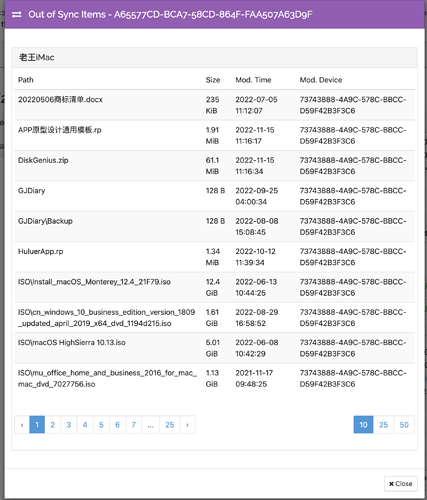