I was setting up Syncthing again this week (old laptop died). I created ~/.stignoreglobal on my new Windows machine and went to work adding all my existing folders. I was quickly reminded that there is no way to #ignore a file in each folder’s .stignore using an absolute path. While not the end of the world it does make setting up the .stignore in folders with various degrees of nesting a huge pain. I know y’all have said, in the past, that you would prefer not to reference files outside of the folder’s scope but I figured I’d throw out this proposal and see what y’all thought.

Allows users to include files in their folder’s .stignore file using absolute paths.

A new keyword #includeabs is available for use in your .stignore. When Syncthing processes your folder’s .stignore and encounters #includeabs it treats the string after #includeabs as an absolute file path for another .stignore-formatted file to load.

If implemented correctly this should not break anything.

I want Syncthing, when processing my folder at ~/Sync/Bar, to load the ignore patterns in ~/foo.

Without this proposed change ~/Sync/Bar/.stignore must contain the following line:

With this change an alternate version of that line could be:

which is, imo, much more readable.

I think we should go the opposite way and prevent including anything from external directories. We permit that file to be a symlink so people can use that. Supporting includes outside of the folder causes pain with filesystem abstraction.

Thanks for the response. I’m personally not a huge fan of symlinks; coming from a Windows background symlinks are still things I don’t naturally understand and I would not be surprised if others felt the same way. Additionally, on Windows there is pretty aweful support for symlinks, at least at this point.

Supporting includes outside of the folder causes pain with filesystem abstraction.

Why does it cause pain? How?

Supporting loading ignores from random parts of the filesystem suddenly makes this isolation code an unbearable mess that opens up potential attacks, which I’d rather kill than expand.

Also, I think this should live on the forum for starters as there is nothing actionable here for now, so no reason for this to be an issue on github.

Yeah there’s that thing, which is difficult to correct now for historical reasons. Regardless supporting absolutes in the stignore is indeed a step in the wrong direction so I’m going to veto it for that reason. Long term I still think we should get rid of ignore patterns in files as a concept and have some more elegant solution in the config/database with optionalish sync of patterns between peers.

so it seems that the core maintainers are against the #ignoreabs which is fine. However I’d still like to find a better solution for managing “global” ignore patterns. What are people’s thoughts? Maybe we allow you to define different ignore patterns in Syncthing and “apply” them to folders? Ie, in the UI somewhere you click “Create New Ignore Group”, add patterns, and then check which folders to apply them to. What do people think? 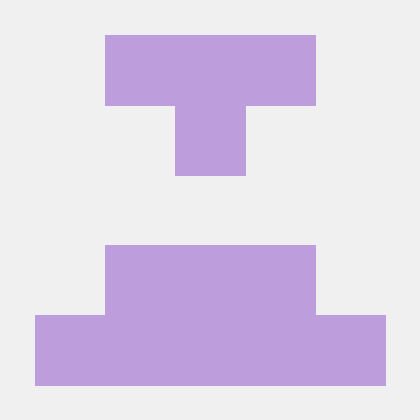 Some thoughts on ignores syncing, includes, and defaults. Development

This post is rather prompted by conversation in issue #5615, but my thoughts are really only tangential to the topic of said issue, so they go here instead of there. There’s obviously some demand for more straitforward ignore patterns syncing. @AudriusButkevicius makes a perfectly valid point in the aforementioned issue: there is a mechanism in place, namely #include in .stignore. However, as far as I’m concerned, this mechanism lacks one crucial feature. What I suggest is have .stignore autog…

And probably others. I’m not going to link the next gen ignores issue…

I think that a potential solution for this would be to move ignores out of files, potentially to config/database/something else, then you could have a global one for all folders, and private one for individual folders. I guess then you’d have to come up with a creative way how to replicate the current “sync the ignores”.

that’s what I was thinking. What if we modeled ignore pattern sets or groups in a similar way to the way we devices or folders. One way that some people might like:

Define a specific folder in Syncthing, let’s call it “Ignores”. It can contain any files you want but, on startup and file change, Syncthing will scan that folder for any files ending in .stignore (but not including just .stignore) and store the file names. Now a user can go into their Syncthing folders and, in the “ignore” tab of the UI, select which .stignore files in “Ignores” they want to apply. Which files have been selected is saved with the folder’s configuration.

If you wanted to sync this “Ignores” folder you could as well.

That’s still patterns in files on disk, with some sort of meta folder around it. We’re thinking about not having that but storing the patterns in either the config or the database, and perhaps communicate those to other peers - but not as files.

Regardless of how it’s done we need to consider the chicken-and-egg problem; that is, when you set up a new device and also a new folder, and it should have ignore patterns. If the patterns come from the other peer it might be too late as they will not have been known when we did first scan etc.

I think there are actually two problems here:

Lots of ways we could solve this. One way:

I’m trying to find a balance with a solution that adds value, re-uses existing patterns and functionality, and doesn’t feel too “hacky”.

@calmh @AudriusButkevicius so how do we move forward on this? How can I help? I don’t have a ton of side project time but I love Syncthing and would like to help make it better.

There are so many opinions and options around this that I think the first step should be to create a concrete proposal and get buy-in on that.

Great! How would you like me to go about doing that? I tried on that GitHub issue but maybe that wasn’t quite the right way…

I would suggest something more dynamic / amenable to change – a gist, or the wiki on syncthing/syncthing – with discussion here on the forum. Speaking just for myself, I don’t think I’ll be happy with a proposal centered around files on disk.

I can do that sure. A wiki +forum post seems to make the most sense.

Quick question: Is there a reason we don’t support syncthing the .stignore file itself? As someone familiar with Git I feel at home with .stignore but don’t quite understand why we don’t sync it (and why people hate it).

Because if I want to ignore my top secret government document folder, you’d know that I have one.

As @calmh said, anything revolving around files will probably not fly.

Ignore patterns are very often device local and not the same for everyone sharing a folder. To do that you’d have to ignore .stignore and at that point even I’m confused about what’s going on and what’s going to happen when it gets unignored or if someone included a file that ignored .stignore but my .stignore ignored that included file and … yeah.

I’m personally not a huge fan of symlinks; coming from a Windows background symlinks are still things I don’t naturally understand and I would not be surprised if others felt the same way. Additionally, on Windows there is pretty aweful support for symlinks, at least at this point.

FYI and slightly OT This might not help with your problem regarding global ignore patterns, but this will certainly help with creating and managing hardlinks, softlinks and symlinks with Windows Explorer! LinkShell : Windows Explorer shell extension for symlink support It’s just been updated yesterday, so it’s still maintained.

@harrisonhjones I try to understand your use-case. Why do you want to include ignore files outside of the shared folder? How does it save your time or give you practical flexibility?

As Syncthing is not a multi-user sync, you can’t force it on teams anyway. And setting up ignore pattern on two different computer once shouldn’t be a too big hassle?

1+2 together can be simplified by: “stignore should behaves similar to gitignore”.

I try to understand your use-case. Why do you want to include ignore files outside of the shared folder?

My original motivation stemmed from having a bunch of synced folders, all with the same .stignore. I wanted a way to keep all them “in sync”.

#1 and #2 are potentially easy wins. #3 would be really cool but perhaps fairly difficult/time-consuming to implement.