Hello. This is the setup: The syncing is starting only when I restart or pause and unpause reciver machine. It doesn’t start on it’s own. Sometimes it does start itself but after more than 1 hour. Sender is usualy ON for about 45 minutes a day. Any idea how to fix it?

Reciver notice that sender has been turned on but it doesnt start syncing on its own and folder says “Out of sync” while at the same time sender is saying that syncing is in progress. Please have a look at screenshots. 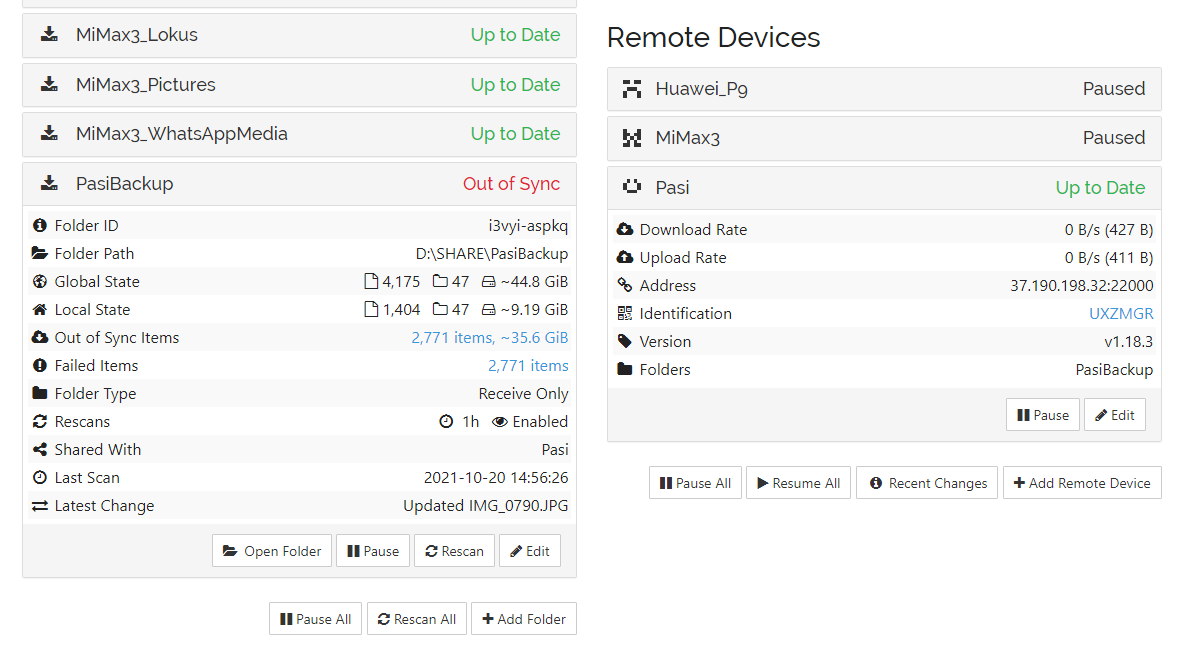 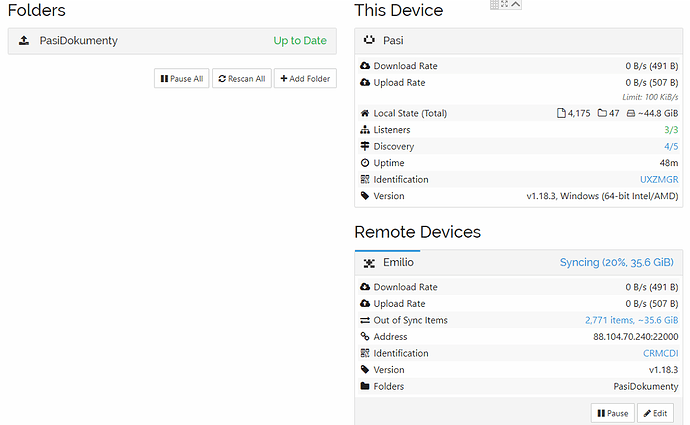 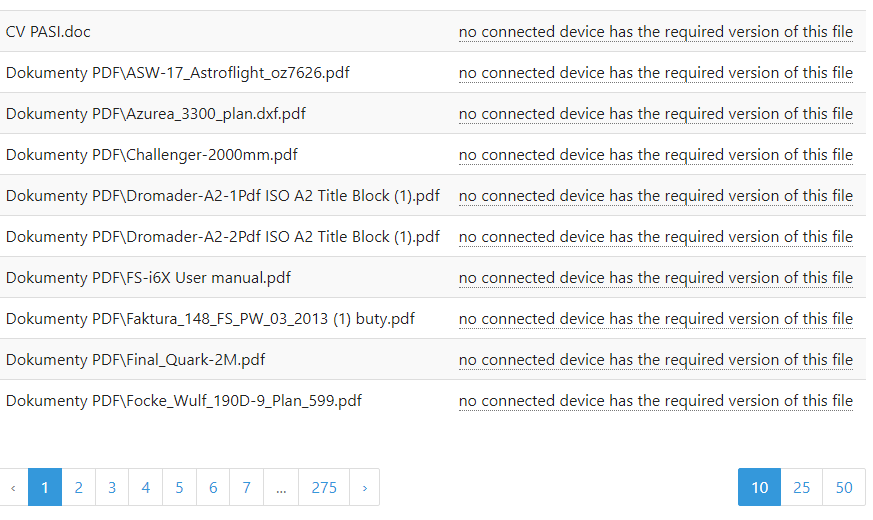 BUT the device seems to be connected successfully:

Looks like a bug. The receiving side should retry all files when the device connects, but I don’t see the code to do that. The other mechanism is that it periodically retries regardless, but that can be as seldom as once an hour when it’s been in failing mode for a while.

Sender is usualy ON for about 45 minutes a day.

It would be nice if this “periodically retries” time would be configurable. I would set it to 10 minutes to get in syncing for at least another 35 minutes (in 45 minutes period of the machine ON state). I assume at the moment I cant do anything about this…?

You can, in fact. There’s an advanced folder config Puller Pause (seconds) that sets the initial amount of time Syncthing waits to retry a sync failure. This is then multiplied by two for every subsequent failure until it hits 60 times the original value. The default value is one minute, after which it will pause two minutes, four minutes, etc up to 64 minutes.

If you set the pause value to for example one second the final max value will be somewhere around a minute instead.

Mr @calmh I’m shaking your hand with full respect. Your provided solution did the job. Thank you very much for support.

PS: What for is this multiplying x2 ? Coulnd’t it just be fixed time?

PS: What for is this multiplying x2 ? Coulnd’t it just be fixed time?

Let me write down the thought process, detailing the reasonable (hopefully) as well as arbitrary choices (not that it’s of importance, but I feel like it):
It retries 3 times back-to-back every time, because it should work in two iterations if nothing else changes, but do three for safety (and because third time’s the charm). If that doesn’t work, and it doesn’t work a when trying again a minute later, we assume it also will not work one more minute later. But we hope that after a twice as long time (factor 2 being chosen for it’s beauty (aka arbitrary)), something else might have changed, so we try again. Waiting more than an hour seems weird, so stop doubling the wait time then. And of course all the time immediately try to sync if anything changes (a file changes locally, a remote sends new metadata, a remote connects (which apparently doesn’t work right now, but a fix is incoming), and possibly more things.