Pause is not pausing the syncing of files

SO end has a windows backup that has previously been received and all up to date. However I need to do an emergency export to that folder from Hyperv. So…

I paused the SO end, paused the RO end. Moved the files on the RO end as I still need to retain those backups. On the SO end, deleted the windows backup as I don’t have the space to have two sets of backups. With the SO end still paused, i’m performing a hyper-v export. (I don’t want St scanning the directory as the files are being exported)

On the RO end, I have cleaned the receiving directory and unpause so St knows there’s nothing in there, correctly asks to revert local changes, however it’s actually redownloading the files, not just the structure.

I know that the SO db will not be aware that the SO’s local folder has changed as the folder is paused, however why is it trying to sync when I expressly paused that folder? Moreover, it’s not just rebuilding the directory structure, it’s actually downloading files…

A paused folder is downloading stuff? What does that look like - folder state is paused but when you expand it it shows that files are syncing? The screenshot doesn’t show any transfer activity. And is the syncing happening on SO or RO? Basically I am thoroughly confused and not really getting what is happening here. Could you maybe post full screenshots - that usually helps to get an overview.

As is 6 days since I posted, everything has nearly caught up so I repeated the process on a similar folder, same steps 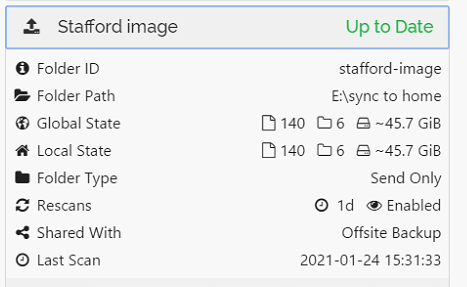 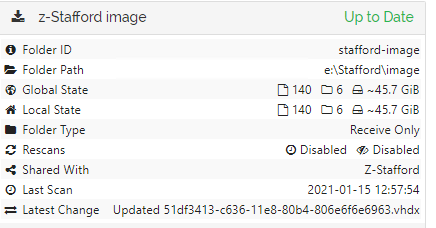 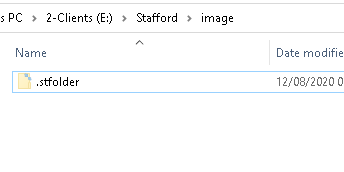 unpause RO and it comes up as local additions so I revert changes. SO is still paused. RO is now redownloading 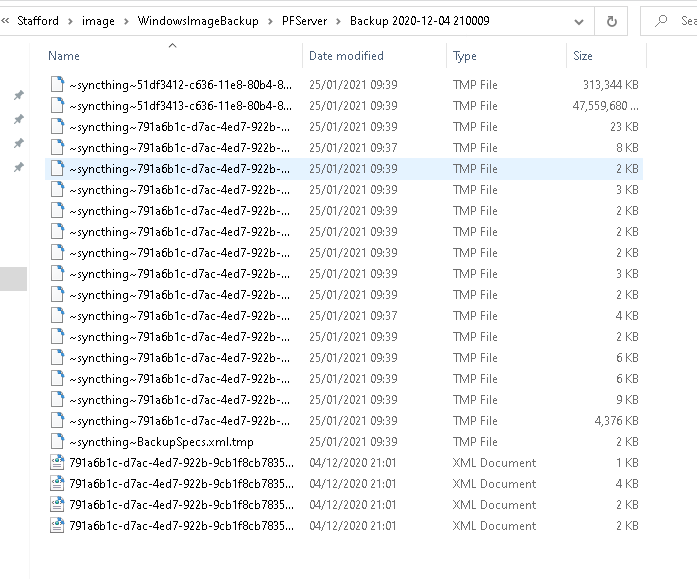 What I think is happening is it knows the directory names and structure so it rebuilds that and then adds the files that are held in the db eg., the contents of single large block in the db. What downloads appears to be very small files. Not sure if it’s the SO sending them or the RO using the local db’s blocks.

It does seem to be reproducible.

Ok, now that I did get - thanks

After clicking revert Syncthing will try to sync, that’s working as expected. As you guessed it will create all the directories, because it knows everything it does about them. It will also process all the files and create them if it can from blocks available locally. The rest it will request from SO, and SO won’t deliver (as the folder is paused) and thus the syncing will fail. Looks like everything is working as expected to me.