Out of Sync Items: None of the reason

I made changes to some files on my Ubuntu which are monitored by syncthing and synced to SD Card in my Android 13. The changes are always out of sync and I have to manually sync those files to sd card.

You can see the following image: the files whose size is not displayed or displayed as 0 B have been renamed on Ubuntu (extension changed from .m3u8.new to .m3u8) and 2 new files added on Ubuntu.

Any Suggestions on how to make sure that syncing happens on sdcard? 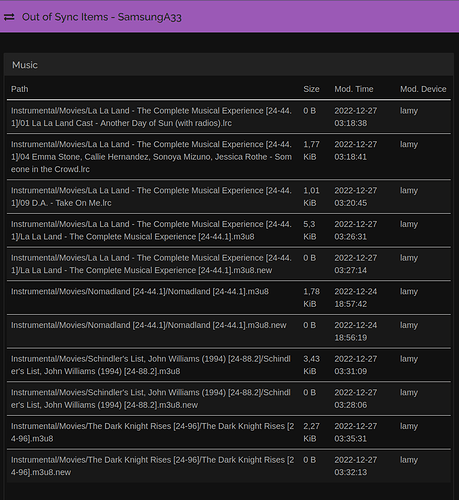 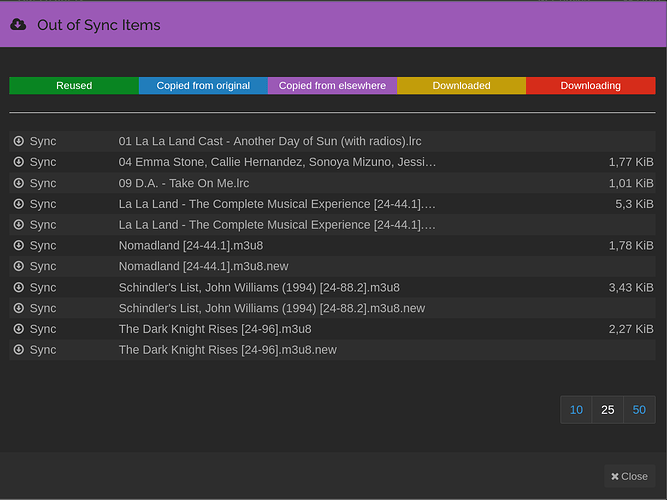 I have a similar setup with Ubuntu on a laptop syncing music to my Android 11 phone:

Does the Android setup perhaps reject the [] characters for some reason?

There should be a column with a link just below the out-of-sync items with failed items. Opening that will give you a list with errors/reasons for the failure of sync.