Out of sync items, no errors in console, couple months so far

I’ve used Syncthing for a bit more than a year, and all my Out of sync errors eventually resolve themselves. But this time, it’s not, and it’s been a couple months, so I’m coming to the forum.

It’s happening on a windows machine synchronizing from an encrypted folder. There are Out of sync items that never resolve themselves.

That same folder is synchronized on multiple Debian/Ubuntu machines without issues, all from that same encrypted node. The problem is only happening on that Windows machine.

There are no ignore patterns, no messages on the console or Syncthing logs, it’s the latest version everywhere. I’ve tried checking Ignore permissions on that windows machine, without success.

Could someone help me go to the bottom of this with me? 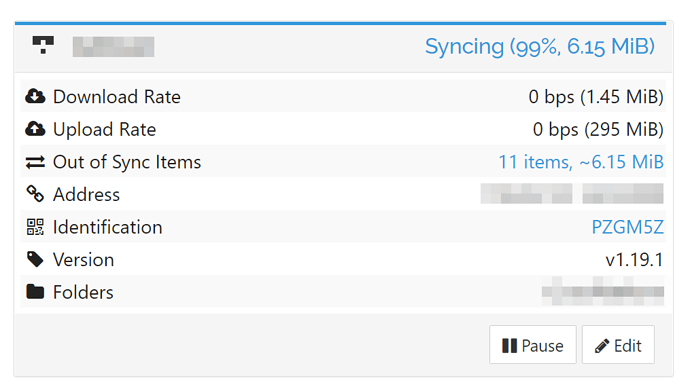 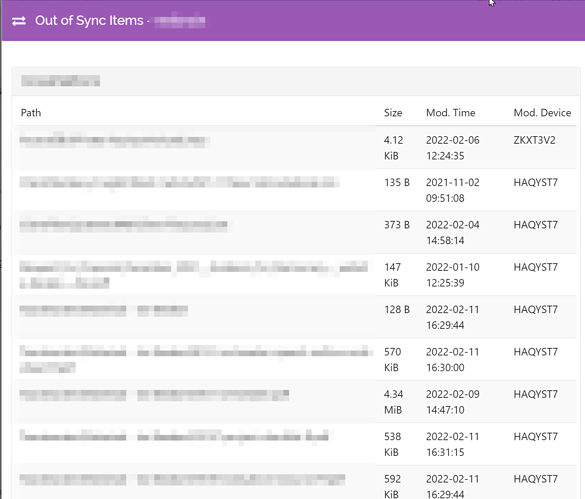 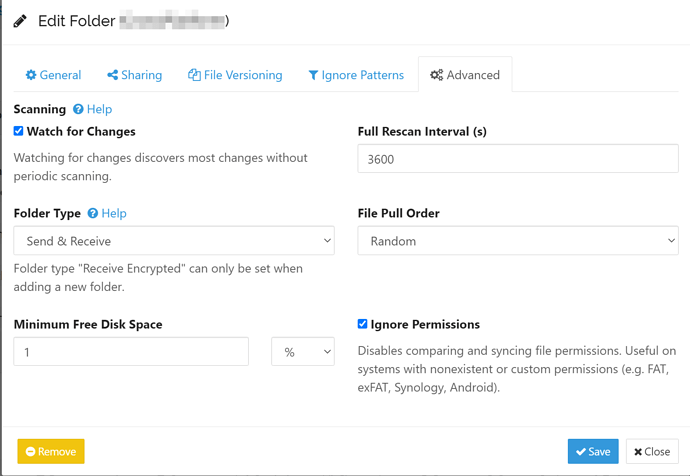 As an update, I have other windows machines connected to that encrypted node as well, and they are all out of sync in different ways.

The Ubuntu/Debian machines are all fine. Problem only happening with the Windows machines speaking to the encrypted node.

The encrypted node is an Ubuntu machine.

You’ve blurred out the filenames, but can you check whether there is something common between them, e.g. special characters that are unsupported in Windows or maybe the folder path itself is too long?

Also. You should look for errors on the device that is unable to sync, not on the one that observes it.