not starting in Lubuntu

i have installed syncthing minutes before. i could not see it in localhost to config it. and if i try starting (again) it i got this error:

How did you install it? Where from?

May i schuld try to deinstall it and install it again. BTW i work not often in linux.

This tutorial shows how to install Syncthing on Ubuntu 16.04.Syncthing is a free and open source alternative to the popular btsync application. 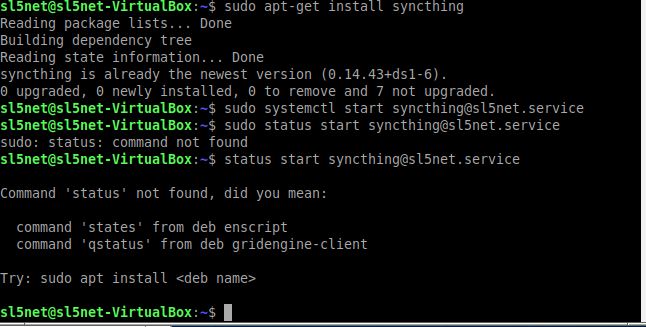 status start is not a valid command so not sure whar you are trying todo. Please double check the commands you are running.

No idea what you are talking about. First you typed some random commands and saying you can’t start it, now you are describing some other issue.

Sorry. pleasr be kind. i not descripe random commands. which? First: i not a englsh native speakder second: i a linux newby

so i thing they was never connected: 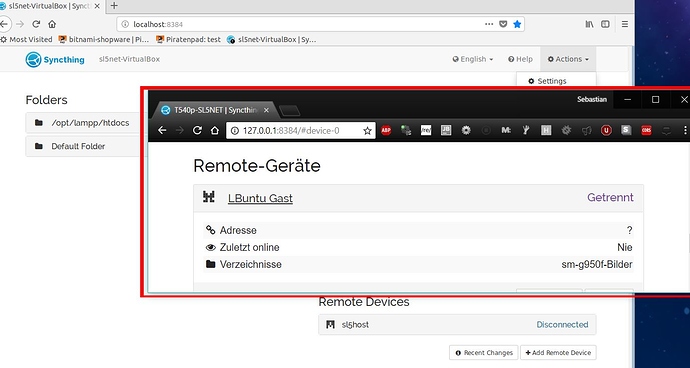 Sure, what does that have to do with the problem stated in the first post?

ups. youare right. i confusing. hole day so many config problems since monday. i mixed something togheter. sorry

ahh . i remember. here i tried to report that this problem was solved: not starting in Lubuntu i could not found a button to click “solved”. later (as you ask me) i reported a differnet problem (becouse of sceen size i not reqognized)

is there a way to split this in to questions? and set the first part as solved? or delete it?