Hi! I use a set of windows, android and ubuntu machines with Syncthing installed. Sync seems to work without problems except one machine with windows. It is syncing two folders with 4 devices. All of these devices als sync the folders to each other. The folders status is 100% synced at all the devices. But on the Windows machine the two of devices show that they are synced only for ~50%. The folders are synced, the data is on the place. The remote devices report that all the data is synced with all the peers. Everything seems to be fine except the Windows machine. What can be wrong with the sync process on it?

There currently isn’t enough information to narrow down the problem. Need to see the details in the expanded folder panel, and possibly from Syncthing’s log to diagnose anything.

Without more details, given the mix of devices and that the problem is limited to two folders, likely causes are filename incompatibilities and permissions.

Sorry, that was my fault not providing enough info:

Here are details of one folder that is in sync at the windows machine: 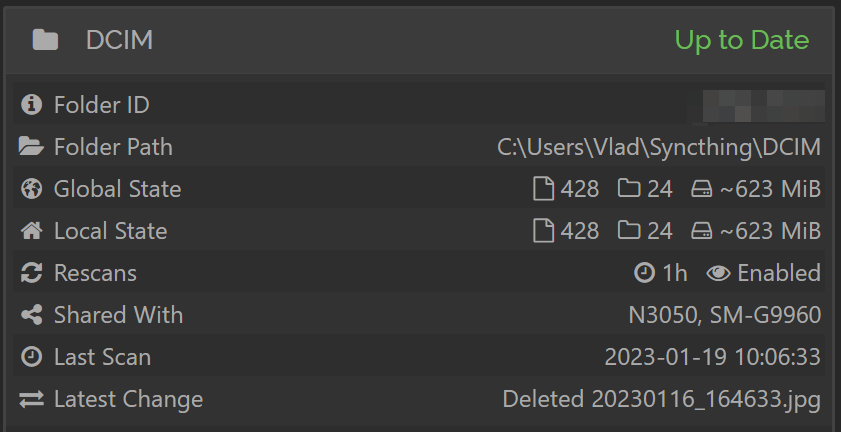 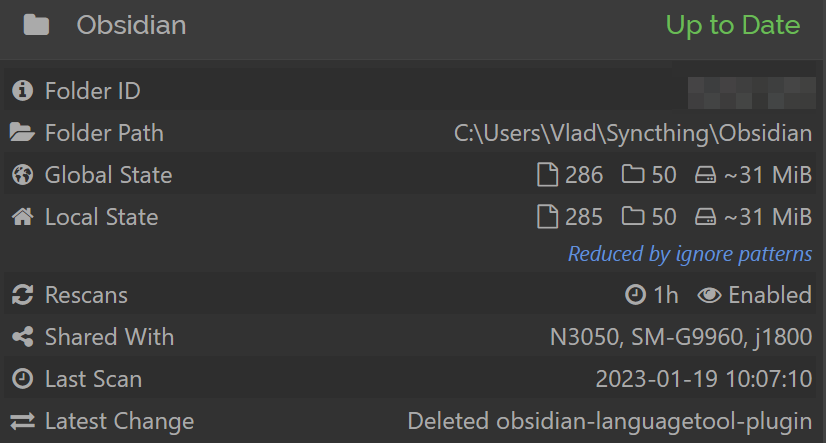 And the devices that are seen from the windows machine that never sync to 100%: 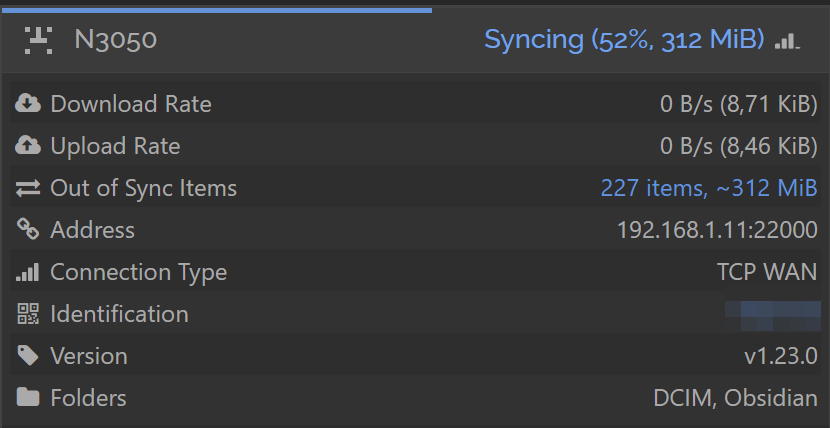 If I press the link that shows files not in sync the panel that appears is empty (for both of the devices):

If I check the same folders from other machines in the sync, for example from b3050 then everything seems fine (inlcuding the folders sync and the devices sync).

So, as I wrote before - sync is working in general.

Interesting. Did you add these devices to the Windows machine at the same time? Can we see a screenshot of the full UI on Windows? 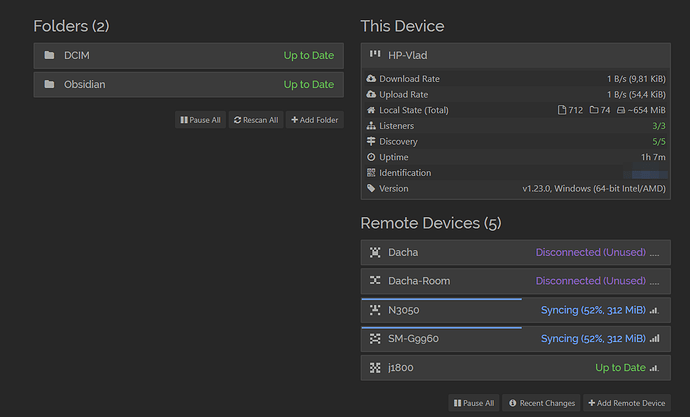 image1234×747 40.4 KB
Yes, both folders were added at the same time. It was restored from backup (Syncthing folder and later the folders were deleted and re-added) after the system re-installation. Potentially there can be a problem with the local database that leads to the mentioned problem.
calmh (Jakob Borg) January 19, 2023, 10:31am #6

Could you share the database, zipped, from the Windows machine and ideally also from one of the others if it’s possible? It would be great to be able to nail down the cause here. It will contain file names and hashes, and you can send it privately (here or jakob at syncthing.org) if you like…

On its way here:

Any ideas with the problem?

I may be having a similar issue. I have a Windows server out in the field and nightly incremental backups are written to a hard drive with Acronis using their proprietary file type.

The source data is about 1.3TB. The backup software logs say it has written 1.5GB to 2.5GB most days.

I installed Syncthing at my shop (Windows) and shared a folder as receive-only. I connected the other end as send-only. The router forwards a port so the connection is TCP WAN.

Based on bandwidth allocation, I expected the initial sync to take about 100 hours. However, it never has progressed beyond 50-60%. The progress is up or down each day between 40% to 60%

After about three weeks, the local computer says there has been a local change to a file, which is a mystery to me. 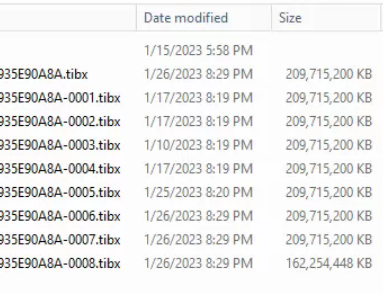 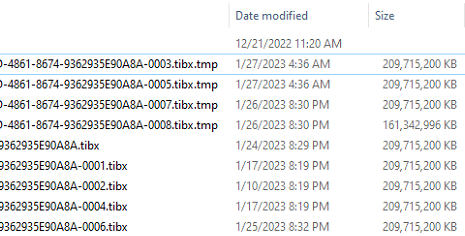 I am new to Syncthing, and not sure how to start.

I am new to Syncthing, and not sure how to start.

According to the sample images, there’s just over 1.75 TB of files. Other than that, there’s not much info to go on. Images of Syncthing’s web GUI (with folder and device panels expanded), any errors, etc. are needed.

While it was lasting. One device self-healed and the second almost self-healed: 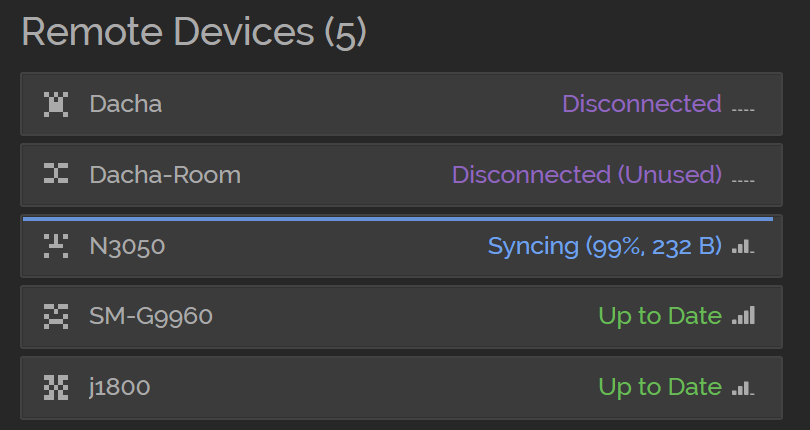