Lots of "out of sync" files with "Mod. device" unknown

I’m having a lot of out of sync items, the device hasn’t been in use for several months. They’re not being synced despite some files being identical on the available devices. There’s no “Override” button in this situation, it just sits there at 61.9% forever, no network or HDD activity. I checked the out of sync list and the actual files that are on the devices. Some of them are identical, some missing (were deleted on the newer devices).

Tried: restarting, rescanning, pausing/resuming, removing/adding to the cluster. What to do now? Deleting the database is not an option, it would take forever to manually clear the duplicates and unneeded files from the devices (many files were moved/renamed/deleted since the device has been online the last time).

I have several devices online but the state is not resolved nor there are any error messages or ways to force the state. I don’t have any ignored files or permission issues. This is how it looks: 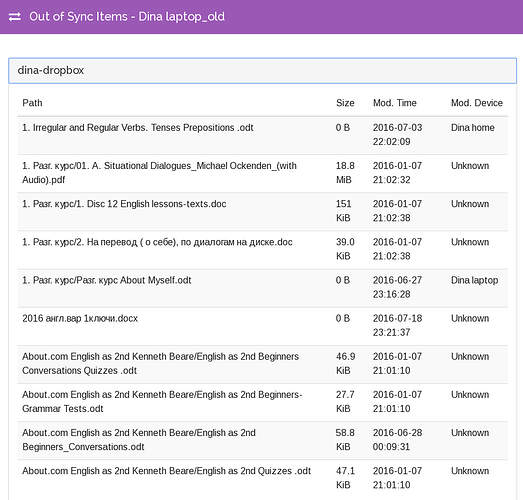 You are looking at out of sync items on device B from device A UI. You should look at the UI of device B directly and check the logs for errors. There are tons of reasons why it might not be able to sync files, invalid names, permissions, etc.

Mod device unknown can mean it’s files that were scanned with a version of syncthing that did not record ownership of modifications.

I checked both devices, they both show out of sync files. I saw no errors in the log apart from the “directory not empty” ones that are said to be fixed already. I deleted the offending directories but the progress is still stalled. Restarted the program on both ends. The names are fine, permissions are also good. I don’t see any errors in the logs. Last time the device with this issue was online at November 2017 or so, I suppose there were no major releases since that.

Also, the folders say “Up to date”, only devices say “Syncing” if that helps.

I am almost sure that this is caused by your ignores that ignore files in directories that were deleted.

Mind posting a screenshot from both sides?

I’m not using any ignores on any side.

The device experiencing the issue: 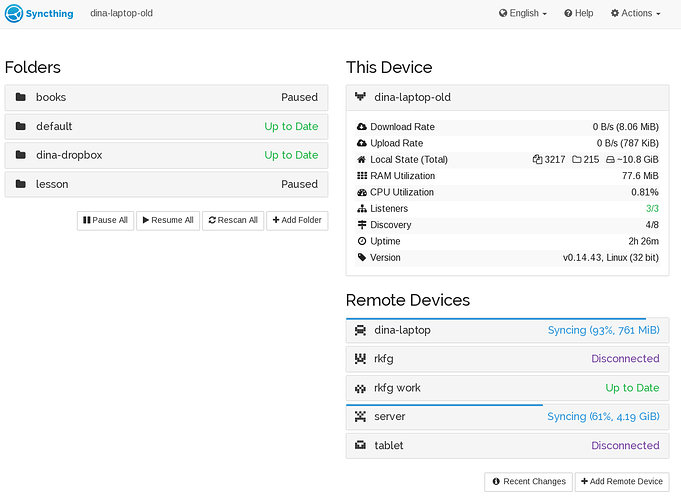 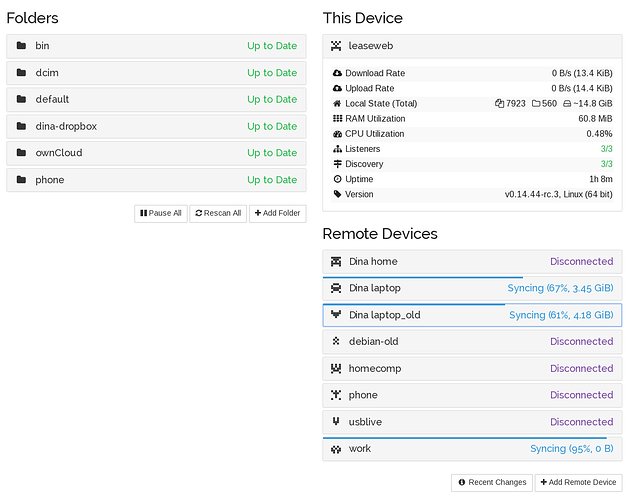 There’s also the third device, another laptop that also can’t fully synchronize with the device A. I can exclude it for the device A if needed.