I’ve been using Syncthing for awhile and recently came into a serious problem which is basically going to require me to wipe a 100TB backup server. I noticed most of the files I’ve synced in the last few months have very low reads from the disks (~11.7MB/s). It seems that it might only affect very large files (50GB+) but I haven’t been able to confirm. However, every single 50+ GB file is affected.

The only thing I can think of is Syncthing is causing extreme fragmentation when dealing with large files however I feel like it wouldn’t be a consistent ~11.7MB/s if that were the case. This honestly is making no sense to me, so any ideas why this could have happened would be helpful.

Syncthing transfers files in chunks, in a random order. If you are using spinning disks, the resulting fragmentation will be quite annoying.

I don’t have experience with XFS, but it seems like there are tools for measuring fragmentation, and for defragmenting (found with google): 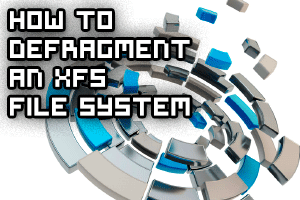 How To Defragment An XFS File System

Learn how to increase disk performance by defragmenting an XFS file system in Linux.

Relevant prior discussion with some advice:

I am having a little problem with Syncthing. My setup is the following. 2* Windows Server 2012R2 Syncthing v0.14.47 connected via OpenVPN ~12 Mbit/s I use Syncthing to sync backups which are made with Veeam Endpoint Backup. Veeam does incremental backups. Each day there are a few gigabytes that get put into a new file and the oldest incremental is integrated into the first backup file. The new file poses no problem and gets synced reasonable fast. The trouble is with the large first backup fil…

I’m going to try what is suggested on that thread, enabling “Large Blocks” and setting Copiers to 1. Thanks.

My understanding is that fragmentation should not happen at the disk level, as I believe spinning disk seeks to sector representing that offset to write data.