All running 11.6, all windows using SyncTrazor.

I’ve now 95% migrated from Btsync to Syncthing, one user left to move across.

All data is on the FreeNAS, with a variety being on each windows and most of it on the two Pi’s.

On each share, I have added the following ignore pattern:

Will this ignore all varietyof Thumbs.db, thumbs.db etc in all sub folders as well? I did have quite a few issues with X folder not making progress pausing puller… and when I looked it was a whole raft of thumbs.db or desktop.ini that were stuck out of sync, this ignore pattern seems to have fixed it but want to check its doing what I think.

Also, I was playing around with the permissions of the FreeNAS dataset, and recursively changed them all for one of folders which syncthing shares. Didn’t even consider at the time that this would affect syncthing, but of course, this put syncthing out of sync, it caused the folder not making progress error again, to fix this, I’ve set the ignore permissions box on the FreeNAS side for the larger folders (for the smaller ones i just deleted the share, deleted the files and then readded the share so it came back into sync), which seems to have sorted it out. Any knock on problems from me doing this?

This will cause trouble as the fact that it’s ignored doesn’t mean it will be removed if it’s the last file in the folder. And if there are files in the folder, it means we cannot remove it, which means you will get the ‘not making any progress’ error.

So to get around this, I need to manually delete all ignored files? What about when they automatically get recreated by the operating system? Is there away not to ignore them but not to run into the issue I had before?

There is a ticket for this in github.

Have you got a link/know what the ticket is listed as so I can find it? Cheers

Issue: Ability to "hard-ignore" files, with a default set of extensions.

Cheers. Will keep an eye on that, and see if the issues appear for myself.

Here is a question despite having the ignroe pattern (?i)thumbs.db, today I noticed that more than one of my shares recently received a file “Thumbs.db” - and upon checking it indeed did. It seems like it wasn’t actually ignored?

Anyone got any ideas why i still seem to be syncing thumbs.db? there were/are within a few sub layers of folders, does “(?i)thumbs.db” work for sub layers?

So I am not sure - but assuming that this error:

Is this error you mentioned? I deleted a folder within a share which had the ignore patterns both ends. This is the output on the end which I did the delete on. I haven’t been back to check whether it’s caused any issues on the remote computer yet.

Also I still appear to be syncing various “thumbs.db” on multiple shares, not sure my ignore pattern is working within sub folders any help?

Must be said - I am getting a little frustrated with the ignore patterns seemingly not working - anyone got any advice?

Can you post the output of http://localhost:8384/rest/db/ignores?folder=folderid (substituting host, port and folderid as appropriate)? Patterns are case insensitive by default on Windows so the (?i) should be unnecessary, but should hurt…

On all folders, it appears that sub folders still want to sync them

Yeah, the case insensitivity thing is being misinterpreted. Remove it, it’s not necessary on windows (and triggers a bug apparently).

Happy - I can remove it - what about on my FreeNAS machine? Keep it? Same again for my raspberry pi? (I have 4 windows desktop/laptops, two raspberry pis, and one 24/7 FreeNAS server)

If this is of any help - this is the same output from the same folder with (?i) removed

Also a potential second bug - once I had edited the share on my laptop, the .stignore file became unhidden for some reason. I also had to hide the first time I created it as well. I assume its meant to be hidden from the beginning.

I’ve gone ahead and created a bug report here for this: 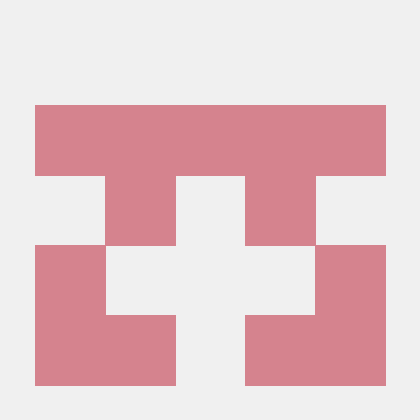 Issue: Ignore pattern (?i) not working correctly for subfolders

Could you let me know if the ignore pattern is working currently on my Pi?

The output for the pi is

The reason I don’t think it is, is because now i’ve made some changes to the windows side - it shows out of sync 3 items. All of which are Thumbs.db - when I delete these from the pi side - they delete from the windows machine. So to meits obviously the pi which still isn’t ignoring thumbs and desktop within subfolders