How to sync only few subfolders in one big folder?

I want feature like group of sync folders, but may be it can do with ignore patterns? How can i do it? At image many small folders that syncing to Android. It should be beautiful if there are will be in one record of sync task. 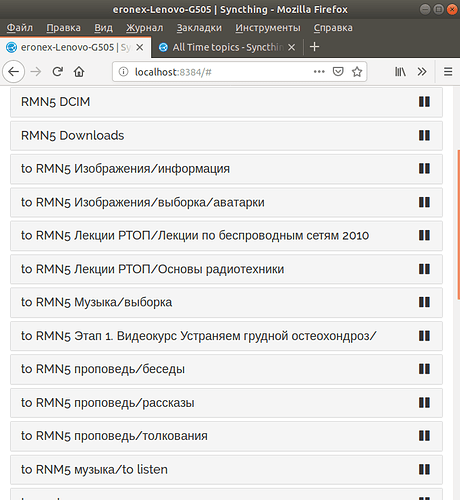 You already mention ignore patterns, which can be used to share a parent folder and then only actually sync some of the children - what about it isn’t meeting your needs?

How can I share only needs subfolders with ignore patterns?

Can you explain why: frobble # ignored, due to parent being ignored; “!frobble” doesn’t help?

That’s outdated information, you can ignore that. I’ll update that, thanks for finding.

Is such a pattern possible:

You might want to have a look at this discussion:

Opposite of .stignore - feature request? Feature