How do I make my shared folder case-insensitive on FreeBSD?

It took me a while to figure out that the reason why I was seeing a lot of tmp files and an out of sync error was the fact that FreeBSD-based FreeNAS is case-sensitive whereas Windows 10 is not. Now I want to make this shared folder case-insensitive. How do I go about it on FreeNAS? File system is ZFS. Thank you.

Regardless of what you do on the filesystem side Syncthing will remain case sensitive, so this will not do what you want.

Issue: Syncthing should be case insensitive by default

Neither of these solve issue but may mitigate the reasons for needing to solve it.

At first dealt with similar issue by running Syncthing in the Windows subsystem for Linux (thereby keeping case sensitivity uniform in that all files were case sensitive). Worked but felt like an extra unnecessary step and was hard to run in background.

Ended up setting Unix Syncthing node temporarily as “Send only” folder. Once everything was in sync am just careful about file names in first place for anything that is shared with Windows. If need to change case on Windows (or delete extraneous temp files or whatnot) can set Unix node temporarily to “Send only.”

Thank you for your feedback. The way I see it, this is a serious bug that should have been advertised clearly. After some more failed attempts, I quit Syncthing and moved to a different open source, self-hosted file share platform.

Although see and experienced how this doesn’t work between Windows and FreeBSD/ Linux with Syncthing by default.

Were you able to figure out how to use the “Send only” feature? Although is an extra step an always on node running FreeBSD could force the changes wanted made to all (online) nodes (or preferably could set a node to “Send only” temporarily. Can see how this won’t work in all cases (if have a node or two that isn’t online at the time of the override).

What alternative did you go with?

I haven’t even tried to use the “Send only” feature because it’s not worth the hassle. I want it to just work reliably and not have to remember to take precautions when renaming files. I’m giving Nextcloud a try now and it looks like everything’s working like it should.

Nextcloud has similar issues (at least between Windows and Unix). Utilize Syncthing integrated with Nextcloud.

Here is another user confirming: 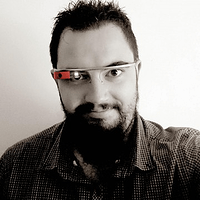 I understand why NC flags it, since Windows doesn’t handle case-sensitivity properly while Linux does. I’m not sure NC will do anything because it could be potentially changing two legitimately different files identified by upper and lower case if...

In Nextcloud can override files names similarly to “Send only” node on Syncthing by logging into web interface and making changes that will propagate across devices. Case changes made with Nextcloud client on Windows run into issues. Never tested if case changes changes made via a mounted webdav volume on Windows works.

File renaming has been working flawlessly for me so far. I haven’t tested extensively yet, but so far so good. You can try out the demo for one hour and see for yourself in just a few seconds: https://demo.nextcloud.com/ EDIT: btw, that nextcloud thread is from Nov 2016.

The issue arises for both Nextcloud and Syncthing when case is changed on a case-insensitive (Windows) node/ client because the file system never really sees the change.

Agree case absolutely is an issue, just see it as more of a file system issue.