I have a new problem with one device trying to push folders to another one, even though they already exist there. This is a different problem from https://forum.syncthing.net/t/folder-stuck-in-sync-and-non-matching-local-and-global-states/16431, because here there are no ignore patterns involved that affect the folders in question.

(There is also Device D sharing the folder with A and B, but it doesn’t seem to be involved, so I have skipped it. I can add information from it if required.)

As said above, the “Out of Sync Items” are listed only on Device B, which is trying to push those folders to Device C. Both Device A and Device C report no errors. 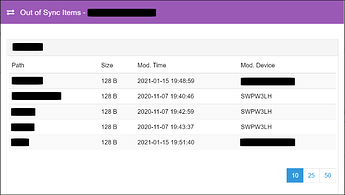 Below is the debug information from /rest/debug/file about one of the folders (in the order of A-B-C). 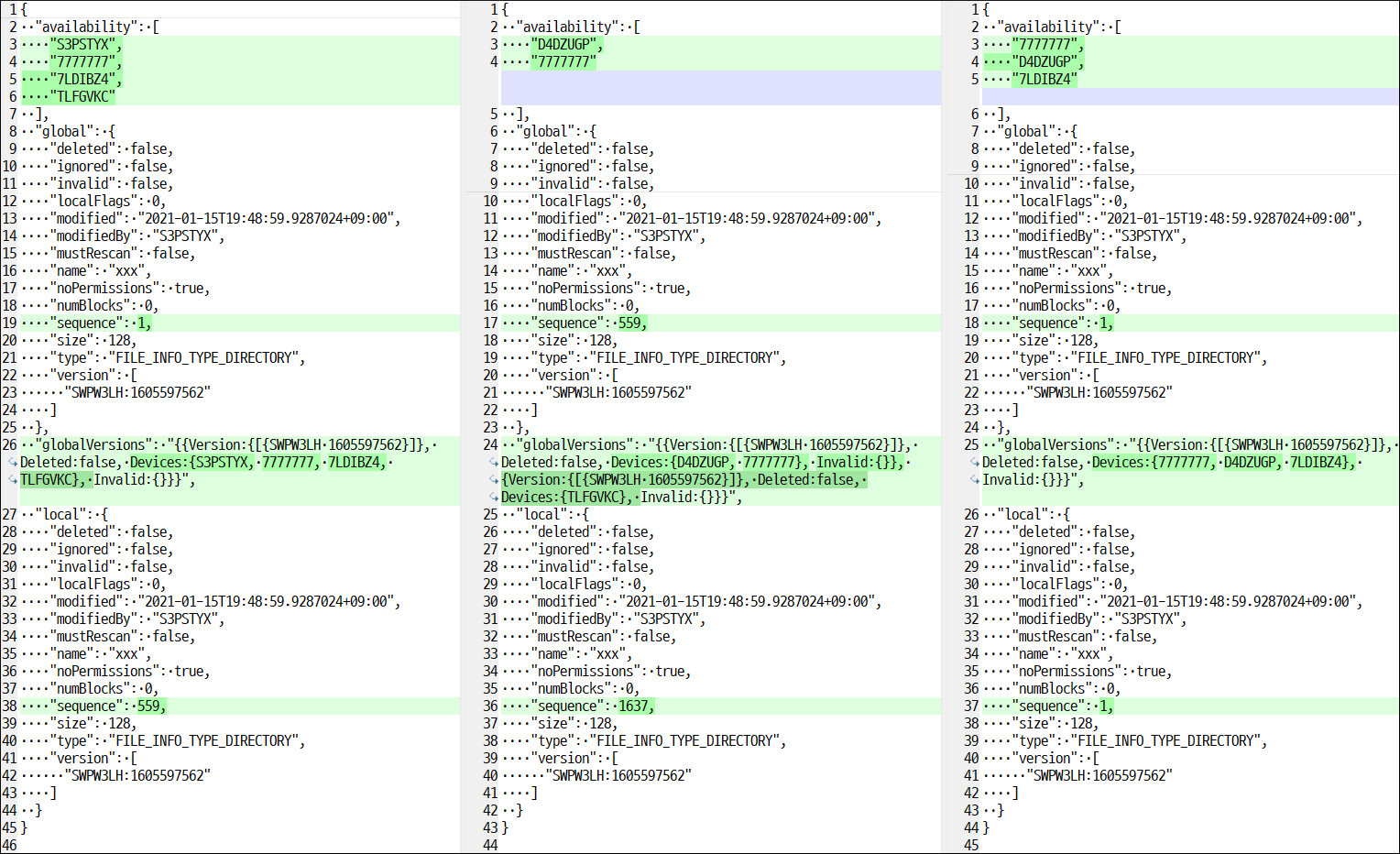 Do you have any idea what may be going on here?

For testing purposes, I have tried renaming one of the folders, and this seems to have also cleared the Syncthing state for it. Now, there are only 4 folders stuck like that instead of 5. Of course, I could do the same with the remaining ones and get rid of the errors, but I’m still curious what the culprit may be.

Does the screenshot above show anything unusual when it comes to the file information? I can provide more debug information if necessary.

Can you give an indication of the pairings of the ABC device naming and the short IDs (e.g. A = D4DZUGP, which is likely wrong).

There’s quite a few missing “availabilities”, which points to indexes that weren’t exchanged (but should have been). That also matches renaming solving the issue. No idea (yet) why.

I have had some config changes in between, but the problem is still present, but this time even when there are only two devices connected. I will use only the IDs this time to avoid any confusion.

There is a folder (xmptn-sxvx5) shared between several different devices. There are no issues with it on those devices. Now, I have added a new device (6OTUHAR) and connected it with an existing device (D4DZUGP). I have shared the folder from D4DZUGP to 6OTUHAR and let it sync. The problem is present regardless of the folder type, but for now the folder is set to Send & Receive on D4DZUGP, and to Receive Only on 6OTUHAR.

Just a note - it seems that when the folder is set to Receive Only, the directories are marked as local additions, but when it is set to Send & Receive, then they are just stuck in sync (as described in the OP).

Does the same happen again if you click revert?