I connected a cloud folder via webdav. I can access it with cmd and explorer but Syncthing says: 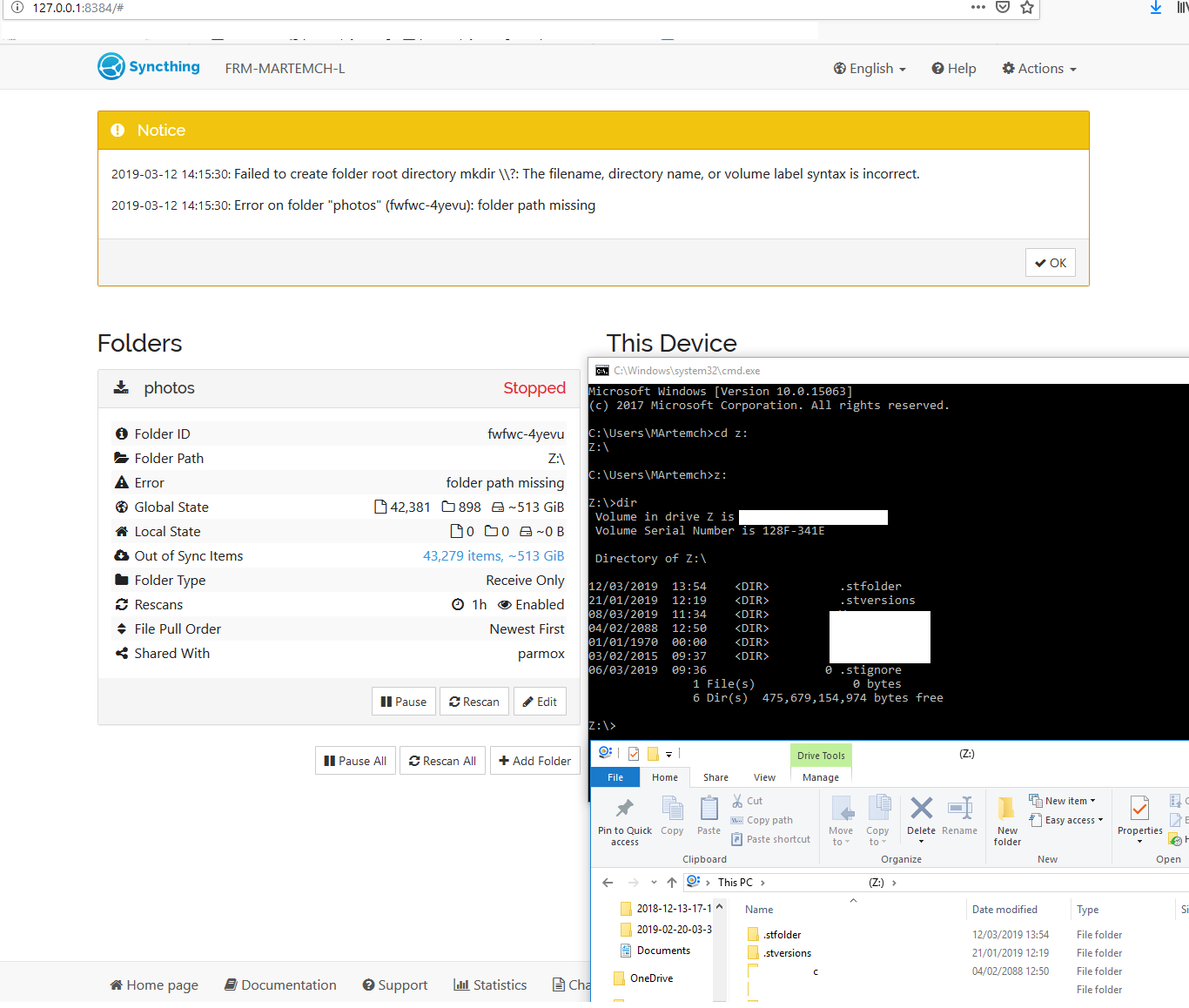 I tried 2 webdav applications to mount the cloud drive - issue is still there. Using latest version. Any suggestions?

Are you using v1.1.0 and if yes, did it work with earlier versions?

I guess your webdav applications just don’t support the windows long filename prefix (\\?\). Instead of investing any time into this, I’d rather think about your sync infrastructure more generally. Running Syncthing on a webdav mount doesn’t seem like a particularly good idea anyway.

I recall webdav on windows to be very unstable because if you don’t make registry hacks it limits max file size for example.

I am using this just to backup my home photo archive from home NAS. Any tested webdav apps for Windows?

Why don’t you run syncthing on the NAS and on the desktop/mobile?