For a few weeks I’ve had this problem with one folder being stuck in sync between multiple devices. The folder itself has been deleted and doesn’t exist anywhere anymore.

Resetting deltas has no effect. Do you have any idea what may be going on here? 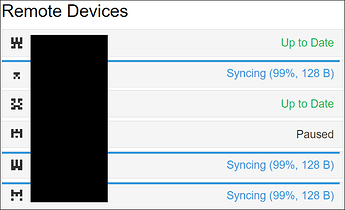 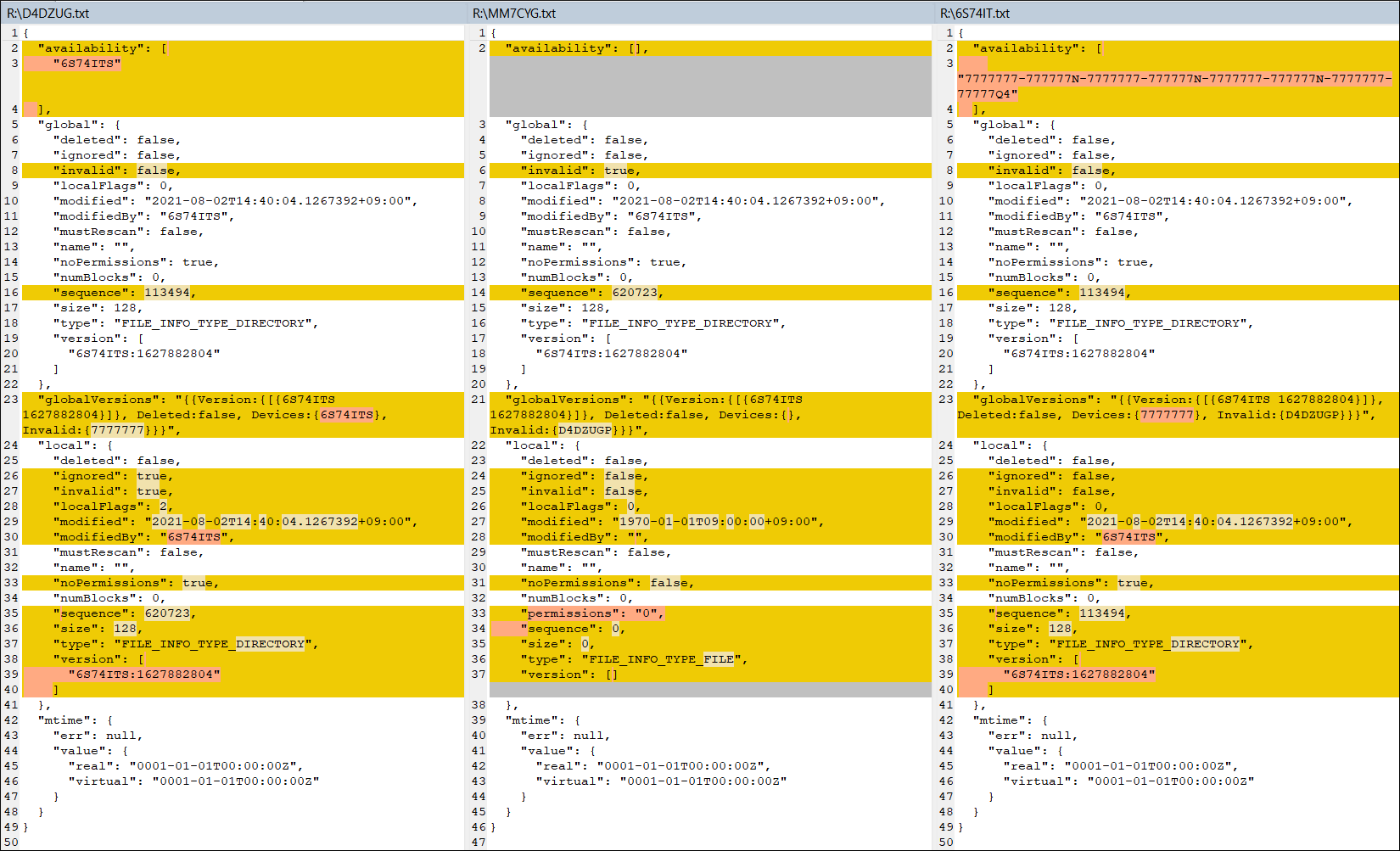 All devices are running the same Syncthing v1.18.1 (custom built).

One has the item and doesn’t ignore it, the other has the item and ignores it and the third doesn’t know about any valid file on any remote, thus doesn’t have the item at all → looks out of sync. MM7CYG and 6S74IT are not connected, right? Then this is Device tries to push ignored files to a remote device in a 3-device setup · Issue #7474 · syncthing/syncthing · GitHub

The folder itself doesn’t exist on any device anymore though. I think that it originated from 6S74IT, and then got synced to D4DZUG, where I then deleted it. All three also use the same ignore patterns.

Same ignore pattern shouldn’t be possible, given one device shows the item as not ignored. Anyhow given this doesn’t exist any more, not much to investigate here.

There were likely some exclusions inside it, i.e.

but those are long gone with the parent folder too.

How to cleanly fix this kind of a situation though? Is removing and re-adding the folder and/or resetting the database the only way to get rid of the error?

It was not deleted and not ignored on 6S74IT according to the rest info above. But anyway, it’s just guessing at this point.

How to cleanly fix this kind of a situation though? Is removing and re-adding the folder and/or resetting the database the only way to get rid of the error?

Same as above: I don’t know what kind of situation it is. If it is #7474 then resetting the db won’t help either, only connecting devices will.

The situation is essentially that the rest info is wrong

. In reality, the folder doesn’t exist anywhere, including 6S74IT.

I have just temporarily unshared the folder from 6S74IT, and now everything reports as “Up to Date”. I wonder what will happen when I relink it again later (as the device is offline right now).

If it didn’t exist, a rescan should have picked that up too.

For the record, I have managed to fix the problem by completely removing and re-adding the folder in Syncthing on 6S74IT. Now everything is in sync.

I still have no idea what exactly caused and how to reproduce the actual issue though.