I would like to copy PDF, ODT, ODS files. Unfortunately, only one of 399 file was copied (an ODS). This was within the root folder. I used this following ignore file inside the host root folder:

// PDF files should be copied to the other machine // if its a PDF script stops interpreting with this line and copies the PDF !**.pdf

// ODT file should copied too

Oops . how could i do this? // if its a ODT script stops interpreting with this line and copies the ODT !**.odt

// The next line excludes all remaining files from the copying process. *

The answer/reason here is the same as in your other topic:

The star at the end matches all directories, so Syncthing does not descend into them. There is no way to recursively match only a given filetype, unfortunately.

There is no way to recursively match only a given filetype, unfortunately.

to recursively match only a given filetype use

to recursively match only PDF files use

(its from: Use ignore patterns to sync only PDF files )

I have no idea what you’re quoting.

if you want recursively copy only a given filetype, for e.g. PDf use

it works yeaterday (Use ignore patterns to sync only PDF files).

in this new topic i want copy PDF and ODT … that not works. therfore i ask here.

No, that doesn’t actually work. It works at the top level, but not in subdirectories. Which is the same as when you add more extensions for odt or whatever.

it works here at my machine. host win7 client win10. do you have a diffeent configuration?

it works by using *.* instead of using * 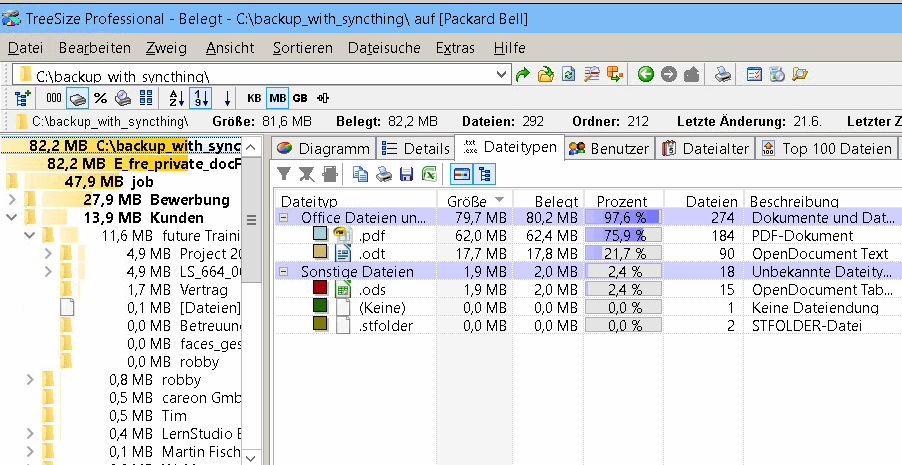