I’ve been a Syncthing user for 2 years - and still enjoying the ride.

From time to time, it’s interesting to check out what the competition is up to. This effort usually serves to reinforce my view that Syncthing is a terrific product - and that we are fortunate to have a productive community of developers, users, and of course, great leadership.

Although there are numerous providers of backup / sync service built around centralized (corporate) servers, I wish to narrow the scope of discussion to the subset who offer decentralized peer-to-peer sync software.

In early June, Bittorrent Inc. made the decision to change direction and become a media focused company. BTSync will be spun off into a new company called Resilio - and this new entity will focus on enterprise sync and file sharing.

Depending on how this affects the existing large base of individual and small business users of BTSync (Free) - there could be a significant number of people looking for a new home - a potential for Syncthing to grow its user base.

An open source peer-to-peer product hosted on github. alpha ready. Development slowed considerably in the past 12 months, and finally the dev. team announced that the project was going on indefinite hiatus on June 22, 2016.

changed 1 files with 6 additions and 0 deletions. 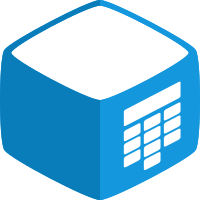 It appears that the developer has created some functionality similar to BTSync where users can create Read-Write / Read Only / and Encryption keys (secrets) for use with untrusted peers.

If I missed some other alternatives, please share. Although I am not intending to drive Syncthing users elsewhere, I accept that competition is a good thing. It challenges all players in the game to elevate their performance.

I’d like to add a few more commercial players…

Market leaders, user friendly, and now with “inifite” or whatever they called it (basically placeholder files that get synced on demand). Cloud based, obviously, and closed source, obviously.

Whatever the new thing in macOS is called

Where the desktop and Documents stuff live in the magic cloud and is synced everywhere, including phones and tablets etc.

These are all different enough from what we do (in goal, scale, and technology) that it’s not exactly competitors… But I would still expect to see most casual users using one of these three and the rest of us fighting for the geek market share?

As a side note I like that Librevault has as an explicit goal to be a better alternative to Syncthing (and BT sync) - we are now established enough to be setting a standard that people want to improve on!

Not a direct competitor, but someththing to also keep an eye on:

Infinit allows for the creation of flexible, secure and controlled file storage infrastructure on top of public, private or hybrid cloud resources.

Which can be configured to serve the same purpuse as syncthing - p2p synchronization.

This sounds very painful. However if you eat a lot of vegetables, it won’t happen to you

Oh, that is very nice to see it here. I am the Librevault developer

Librevault shares the same ideas and philosophy as BitTorrent Sync (specifically, version 1.3). I really liked this application and used it in everyday life. Starting from version 1.4 it became more and more broken with every next version.

Now, it is capable of performing synchronization via the LAN or Internet. It uses BitTorrent infrastructure for peer discovery (Open BitTorrent trackers) and supports BitTorrent DHT (so, it can communicate with BitTorrent clients and ask them about other Librevault clients).

@NickPyz mentioned the different types of keys. Yes, this feature is highly inspired by BTSync. Encrypted keys can be used to create some sort of “seedbox”. The seedbox will help other peers to get the files in the shared folder, but it will not be able to peek into its encrypted contents.

But, I think Librevault and Syncthing are pretty different in their purpose and audience.

Can you describe what the differences are between Syncthing and Librevault? From a quick look at your website, it seems to do the same thing as Syncthing, plus the encrypted devices.

So one question that always bothered me. How do BTSync keys actually work?

I understand that there is a private public key pair which defines who has read access and who has write access, and a AES key which is used for decryption.

How do all of these fit into 32 bytes?

I assume that 32 bytes is just a clue to somewhere where the whole private key/public key is stored externally?

Also, how do you protect yourself from DOS via DHT?

As a BTSync 1.3/4 user (vice programmer), I’m not sure about the reference of fitting everything into 32 bytes. For example, the read access key is different and separate from the write access key.

I actually liked the read/write key paradigm a lot (no devices). The Syncthing community convinced me the significant device advantage is that you can cut any node off without impacting other nodes. This cannot be done with BTSync.

I don’t think there is external key storage because I’ve used BTSync on a totally isolated non-Internet-connected network.

Side note: I forgot to grab a Linux copy of the old publicly available 1.3 and 1.4 BTsync (I grabbed only Mac and Windows). If you have a copy, can you make a copy available to me via ftp, or Google drive, or a temporary Syncthing link ?

This is a list of file synchronization software. File synchronization is a process of ensuring that files in two or more locations are updated via certain rules. The following definitions clarify the purpose of columns used in the tables that follow.