I’ve a big problem with Syncthing on one of my Android Devices. I can’t sync files from or to a Android 12 Device. Just received the Android 12 Update yesterday and had hopes it would resolve the issues with Syncthing i had on Android 11. The Device is a Realme8.

I already tried different Syncthing Versions (plus the fork), from f-droid and g-play store. But the issue is still present.

I don’t think it’s any kind of network problem, because I can succesfull sync files from my Desktop (Win and Linux), to my other Android Devices, running on Android 7.

I created a couple of folders with data to sync, just in case thers is any file permission issue with the default dcim folder path. But no…still no luck.

Sometimes it looks like theres some traffic, but just a few KiB… Also checking the app-log shows no issues, the android system log shows a lot of messages, but I don’t see any problem.

Any Ideas what I could try? I feel completly lost.

Did you check the folder type? On android usually folders are created send only. Also, we do not support writing to sd cards due to android limitations.

Also, we do not support writing to sd cards due to android limitations.

This has recently changed, at least regarding new versions of Android, but there’s probably no guarantee that the specific manufacturer doesn’t implement their own additional restrictions and other shenanigans to prevent the user from doing so…

I doubt they add any such restrictions. Some screenshots are usually a good starting point for investigations.

Thanks for the help!

I don’t use any SD Card Storage, only internal storage. I also tried different folder types, send&receive and only send. But no difference.

What kind of screenshots are needed? 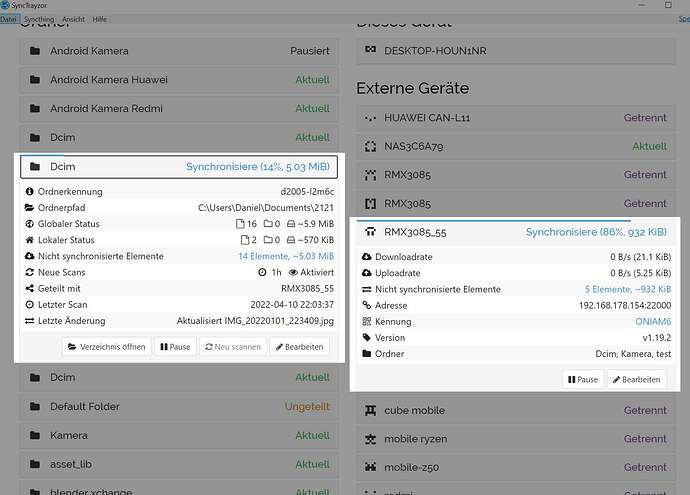 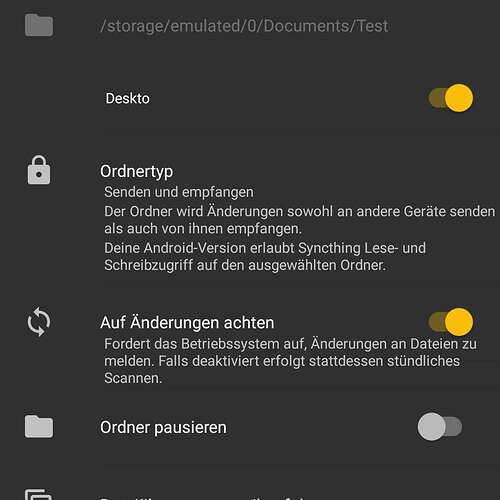 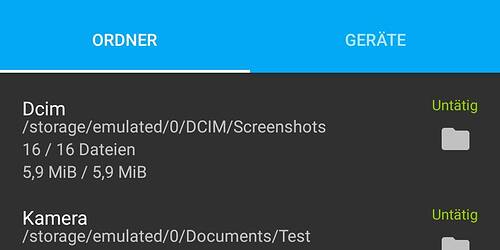 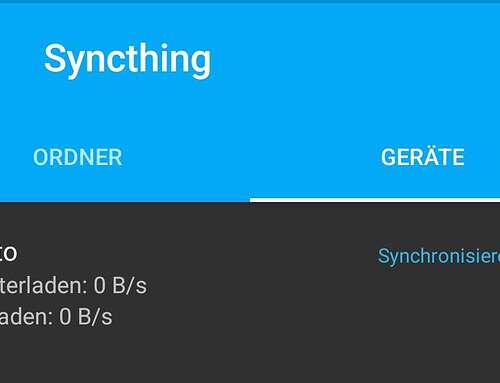 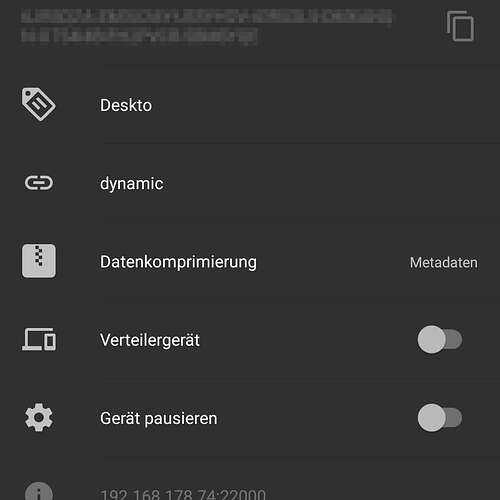 …there is some progress, but very slow. could it be that this “syncing: pull: peers who had this file went away, or the file has changed while syncing.” is the reason for the issue? 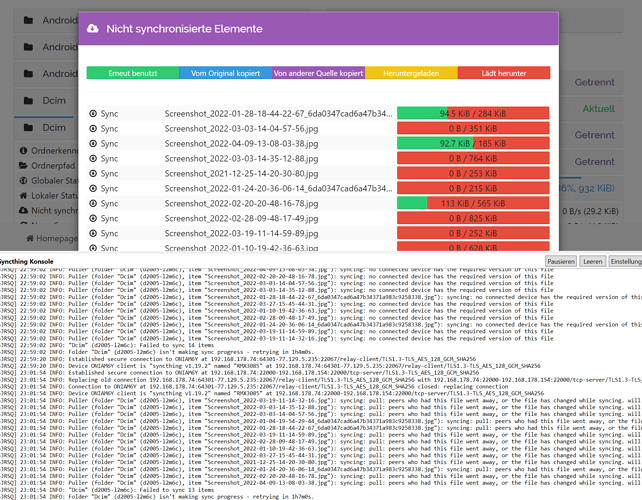