I have a question regarding the speed at which transfers are occurring. 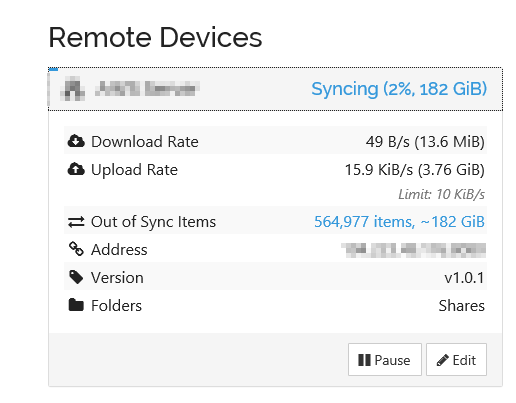 However, when I look at the advanced settings I have throttled to 10 kilobits per second. As there is a substantial difference between Bps and bps I am asking for clarification on what the meters are actually telling me.

Here is the second image:

The limit is in kibibytes per second, as shown in your first screenshot and in the settings dialog. The advanced settings dialog does its own capitalization based on the internal variable names and becomes something that unfortunately looks like kilobits.

You can get some variation and burstyness especially for low rates, hence the 15 which is a bit more than 10.