qsynthingtray is a great tray software available for Linux and MacOS, and personally the one I think it’s the best on Linux after trying the rest of them. 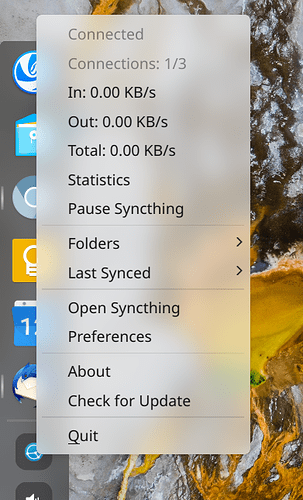 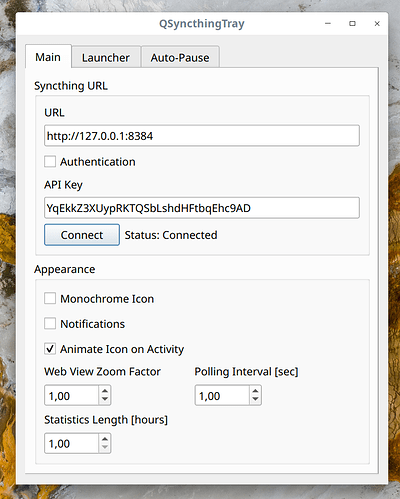 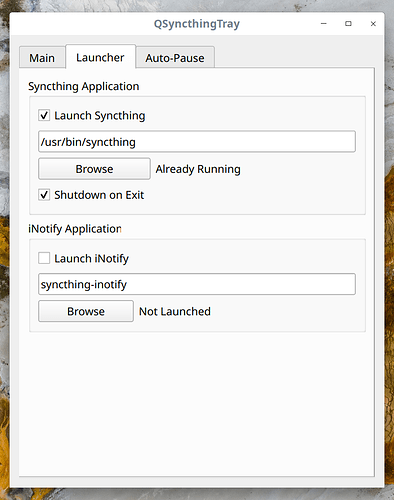 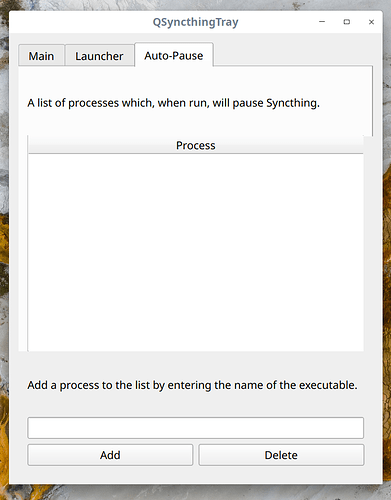 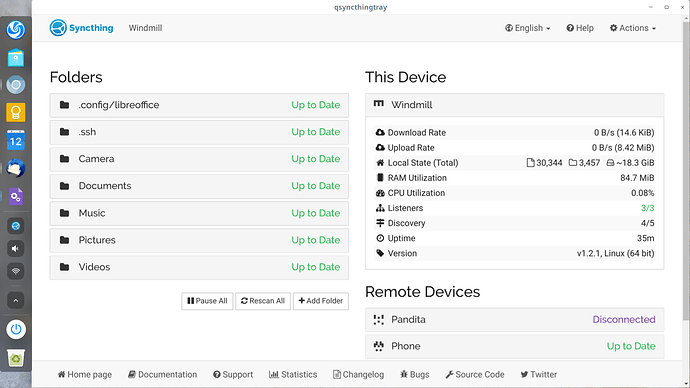 The problem is its creator is no longer willing to maintain it, as he is now using the official client for MacOS.

The question is would you like to adopt it as the official Syncthing client for Linux?

Here’s the conversation with the maintainer.

There is no official macOS bundle, so not sure what he’s using.

We already have plenty of random bits around unmaintained, I wonder if we should take up more.

It mostly should continue working, and small breakages could be fixed by the users? Not requiring active maintenance.

There is no official macOS bundle, so not sure what he’s using.

There’s a second C++/QT tray icon wrapper that’s actively maintained by @Martchus. In principle I think it would make sense to add a QT wrapper to the existing windows, mac and gtk wrappers. However in my opinion the main reasons is to simplify the interaction with Syncthing and make it feel more native. QSyncthingTray doesn’t bundle Syncthing, so it doesn’t simplify the installation.

It mostly should continue working, and small breakages could be fixed by the users? Not requiring active maintenance.

It works by itself right now. There are a couple of minor usability errors about it, like the “check for updates” always report new updates when there aren’t, or the default syncthing path not being the correct one. But these are unnoticeable on daily use.

QSyncthingTray doesn’t bundle Syncthing, so it doesn’t simplify the installation.

In Linux that doesn’t matter, as all packages are aware of their dependencies.

Actually that’s a more desirable scenario, as you can easily use and test different versions of syncthing with it.

It’s reasonable to ask for new blood to take over the maintainership. I hope someone who likes the software and speaks the relevant languages steps up.

We will however not adopt it as some sort of official solution and take on maintainership that way.

Okay, thanks for the info.