4 check boxes for 1 in Action/Advanced only 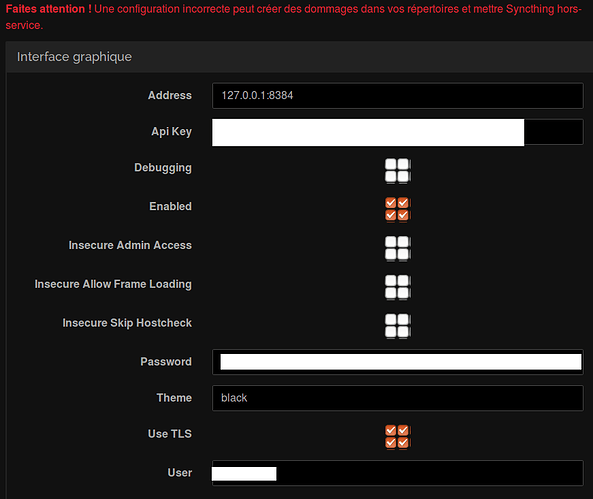 I can confirm this on debian with firefox 59. In my case it looks a bit different, I only ever have the upper left checkbox checked. I think firefox was recently updated, so maybe that’s related. Also the problem is not happening in chromium. Neither are any checkboxes outside of the advanced settings affected (in FF). Html and CSS in the inspector doesn’t show any differences on a quick glance between FF and chromium, but I am no expert on that stuff. All in all no clue what’s going on.

I really don’t like Firefox for trying to style form element using the GTK theme. It is just not working well and in some cases also a very bad idea. Especially when it uses the foreground color from the website (eg. black) and the background color from GTK theme (eg. black, too).

To me it looks like the image provided by the GTK theme is too small and then just repeated instead of correctly scaled.

You could try to work around it by providing a custom theme (add/edit a file under ~/.mozilla/firefox/*.default/chrome/userContent.css). I use this to prevent the mentioned color problem.

Or just try another GTK 3 theme (at least for Firefox). I currently use Arc and can’t reproduce the issue with Firefox 59 under Arch Linux.

It’s todo with min height of the row.