From my “desktop” I’ve got a device that reports at 100% syncing: 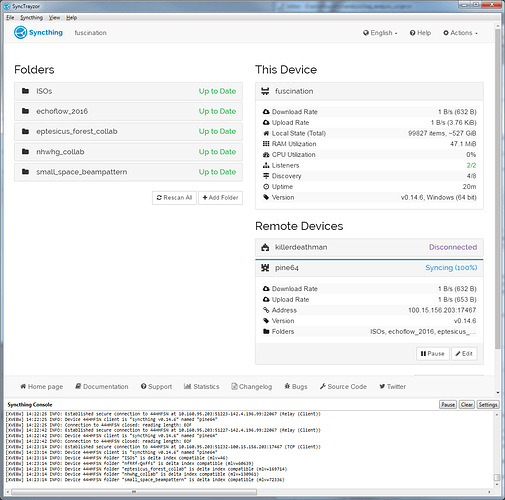 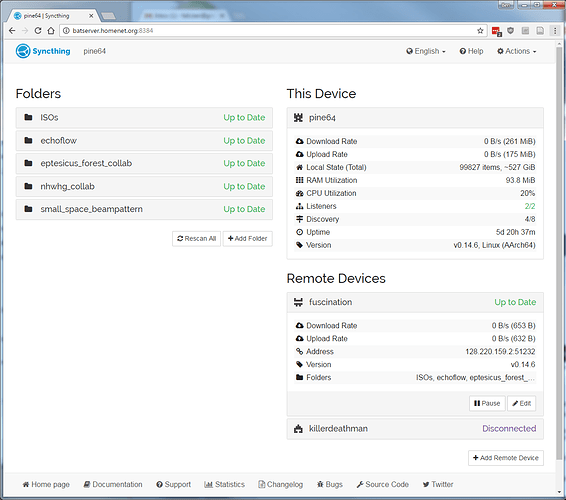 I scanned a few older threads and what I could see was that this behavior might have been fixed in 0.14.6 but that’s what I’m running on both devices. I also saw that another fix is to delete the index… but I don’t know how to do that and I’m also rather hesitant to do that since it takes a few days to rebuild the indexes.

Typically, ignore patterns that are mismatched. If not that, it’s something else and we’ll hopefully get to the bottom of it. But in the end it’s something close to a rounding error - it doesn’t prevent things from getting synced nor cause any more CPU usage etc, and you don’t necessarily need to drop and rescan everything to fix it unless the appearance itself annoys you greatly.