How reliable are the transfer rates in the GUI?

We are syncing two very large directories and when checking the GUI the transfer speeds seem to be very very low. However, when checking the actual transfers in the transfer window, the speed seems to be much higher than what the dashboard reports. Just wanted to check if this is simply a bug or expected behaviour meaning the transfer rates cannot be trusted? 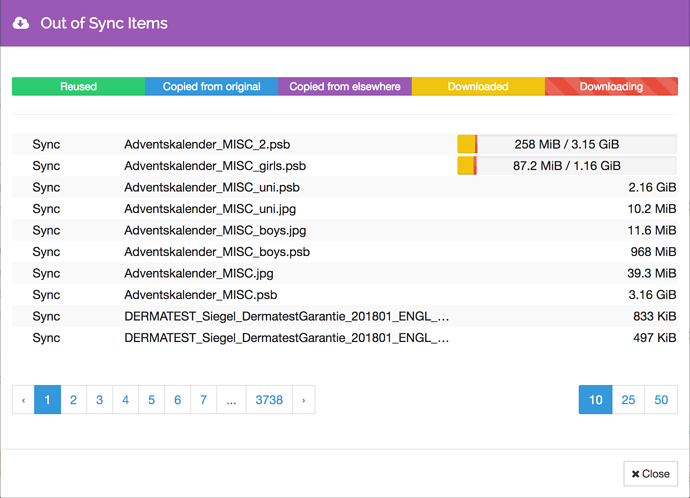 Just to add, it pulls around 2 to 5 MB/s in the transfer window, roughly estimated. The upload limit on the remote site is 35.000 kbps. So it downloads faster than it reports in the GUI dashboard. In the dashboard it mainly shows around 0.5 to 1 MB/s.

The sync is still in it’s infancy if that plays a role in it. I was hoping to see transfer rates that hit the upload limit on the remote machine. 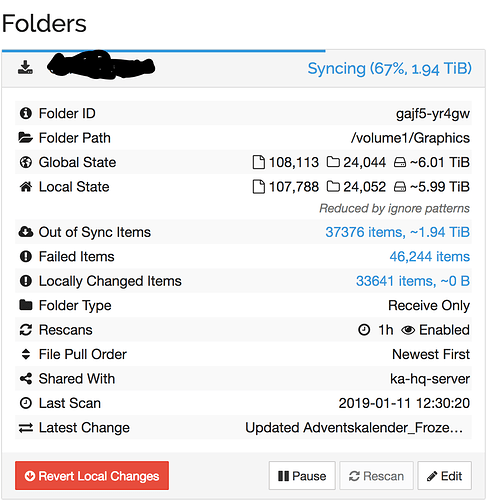 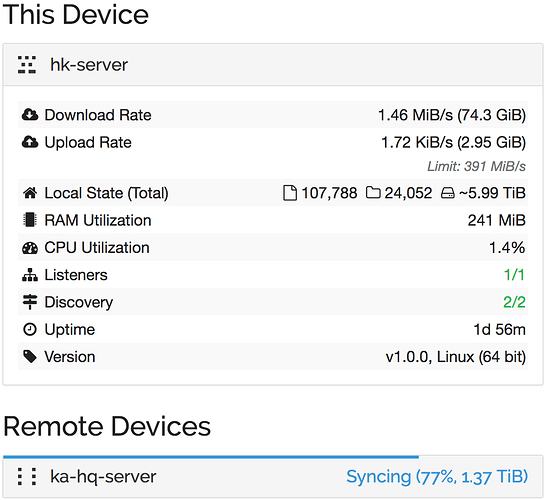 I’ve seen an occasional bug that causes it to report 0 B/s when there is in fact a transfer going on. I’m not aware of an issue that would cause to report a rate that is nonzero but wildly wrong. It is a 10 s average or so, though.

OK, I will just keep an eye on it and see how it goes.

Is there a way to tell, that Syncthing has finished exchanging metadata and stuff and moved on to mainly syncing?