Files are out of sync that should not be synced

I have two devices (Ubuntu / Mint) which share some files. The ignore-patterns are saved in a external file (which is also synced and so the same on both systems): 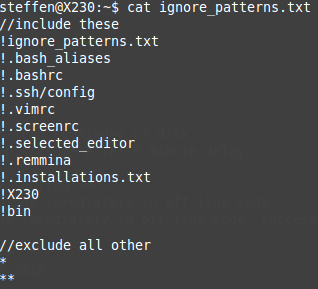 On one device I get these errors for files I don’t want to be synced: 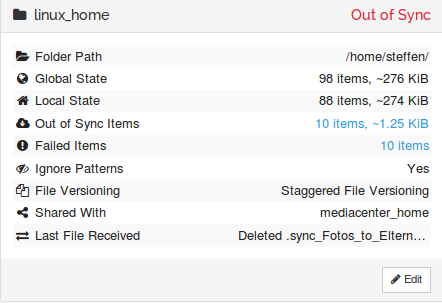 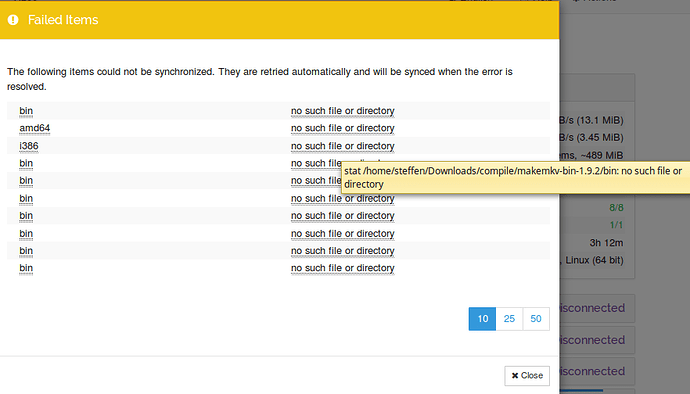 Do you have a idea what can be wrong here?

!bin is not anchored, hence it matches all bin directories.

Thank you - that helped!

do not write !bin but /!bin