Feedback on my getting started with Syncthing

Hi, thanks for this piece of software, I’m liking it!

This is strictly feedback, I’m not having an issue.

I added the important folders from my user home directory to be sync’ed across the two machines. These folders contain many small files and also bigger media files. Initial state is 419215 items and ~23.6 Gib.

The following notes are all observed during the initial sync.

They seem to have stabilized and look more ‘realistic’ after a bit of time, maybe 10-20mins. 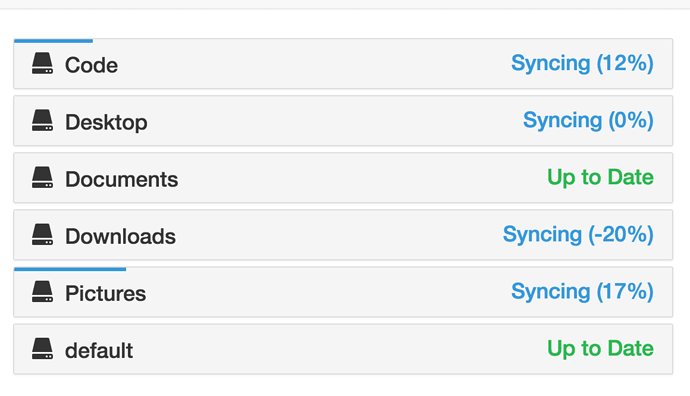 I’m looking forward to getting to know syncthing better, it looks promising

1, 3) These are updated periodically, and updates arriving from other devices can make them look negative, becuas ewe’ve synced some file which is now removed, etc. There are issues on the tracker for these.