Syncthing works so lovely for me that I don’t post often here !

But for few days I face a little mystery : 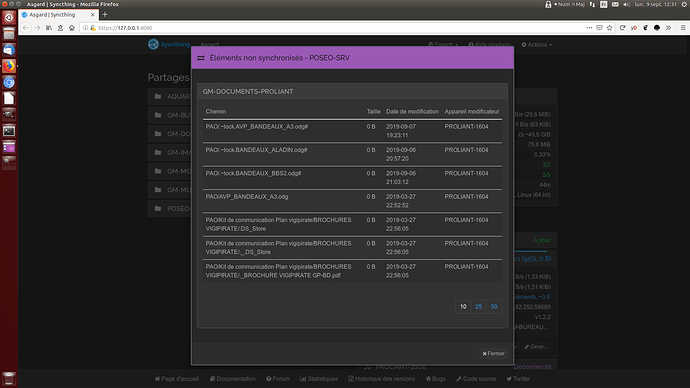 Those 7 files no longer exist on PROLIANT-1604, on purpose. So why does Syncthing still want to sync them ?

Congrat’s and bravo for Syncthing, anyway.

You are looking at the errors from the wrong machine, check the other side.

From POSEO-SRV’s point of view : 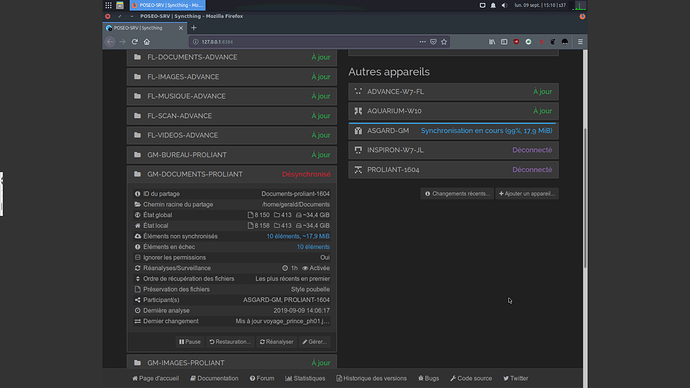 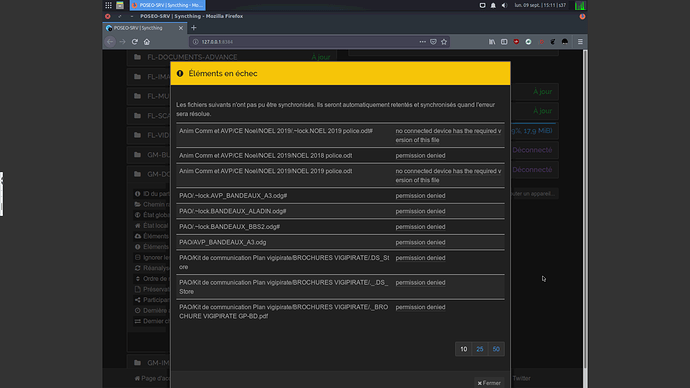 When clicking on « synchronisation en cours » : 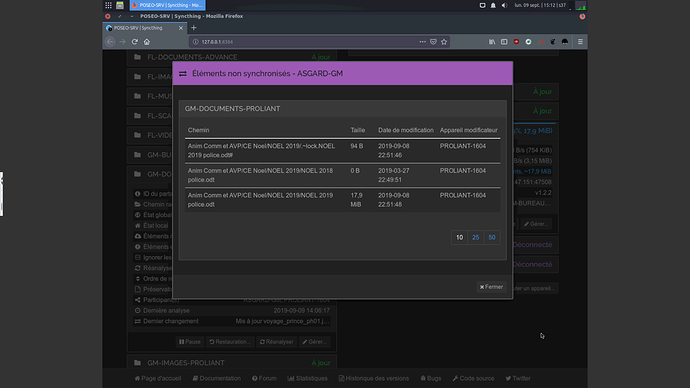 ⋅ Those « permission denied » look strange to me,

⋅ the seven latter files no longer exist anywhere ( .~lock… .DS… ._DS… …BANDEAUX… ) but sure they have existed but got deleted.

If you did do a rescan these errors mean that the files actually still exist and Syncthing has no permission to access them. Those are hidden files, so you won’t see them in a file manager by default.

I know what are hidden files, and know how to see them also

I’m sure those files no longer exist on proliant device and poseo device.

And am also pretty sure permissions and rights are ok on the linux boxes, and most notably on the poseo device ( or else, that would be many many files for many users that would be out of touch / out of sync ).

Permissions are not ok, as that is what the error is telling you.

On poseo device, the user launching syncthing has rwX rights, belongs to all groups concerned by synced folders, those synced folders are in 770 + sgid. On that device are synced the datas of let’s say my team. Poseo is on 24/7.

If it was a strict permission problem, I’d have thousands files in error - so why here only those 7 to 10 files ? I suspect it’s related to their deletion ( on purpose ) on one device which may have not been seen by the others. It’s also quite frequent half of the devices are randomly off ( except poseo which is always on ).

⋅ lock file created each time you open a LibreOffice document, they get deleted once you close the said document,

⋅ DS are related to how AppleMac store files and folders, useless anywhere else.

So how tell syncthing to stop looking for something that’s no longer there ? Should I create empty files with same name in the expected location ? ( I can’t rename or move them - they aren’t there anymore… ) Or is there a way to properly re-index actual files in synced folders ? 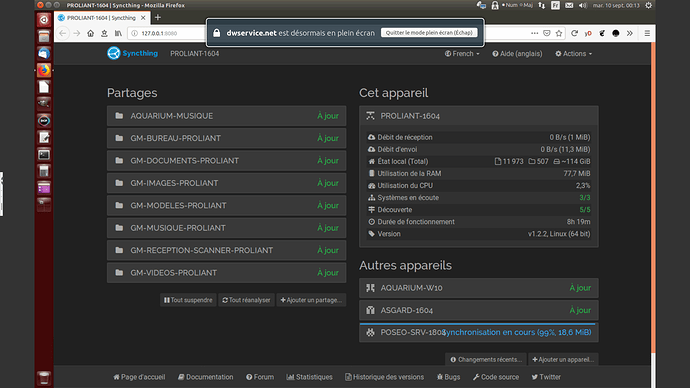 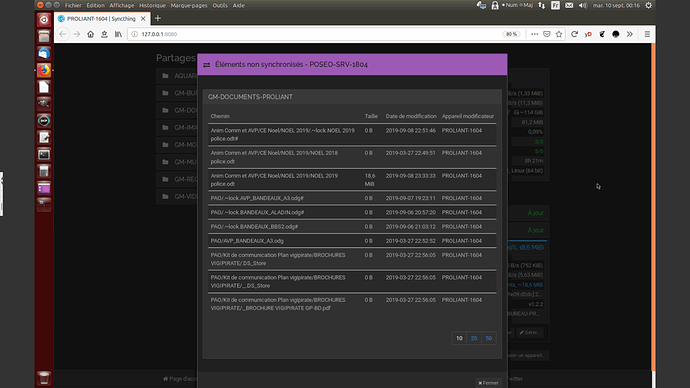 Aouch I did some other things meanwhile, before reading your request @AudriusButkevicius

And indeed, as rightfully stated by ST, there was a permissions problem on a couple of file and folders ( on the poseo side, and I know now how to prevent those ).

I moved some files to newly created folders to kind of force their re-sync.

Maybe also I should be more cautious when I rename « big » folders and let them time to sync’ across devices, before managing them further

Everything’s back to normal now, thanks for your highlights !

Mmm… same situation is back where I get « permission denied » on recently deleted files.

Permission denied is an OS error, meaning the account running syncthing does not have permissions to delete the file/folder.

I understand that, hence my surprise.

On most of the devices in sync’ there is only one user, the account running syncthing is therefore the one actually logged in.

As there are linux and windows boxes, on each and any folder I always check « ignore permissions bit ».

One of the device is a bit more complex, poseo-srv a linux box, where each user of my team has his⋅her own user-folder. On that machine the user running syncthing is a group member of each user, and each group has rwX rights. Each user’s folder has sgid bit on.

The 2 files actually out of sync are deleted files.

Which means the user running syncthing can’t delete them. I think deletion require perms on the directory where the file is located not the file itself, so I suggest you double check the perms and try to delete manually.

That’s where it’s a mystery to me. 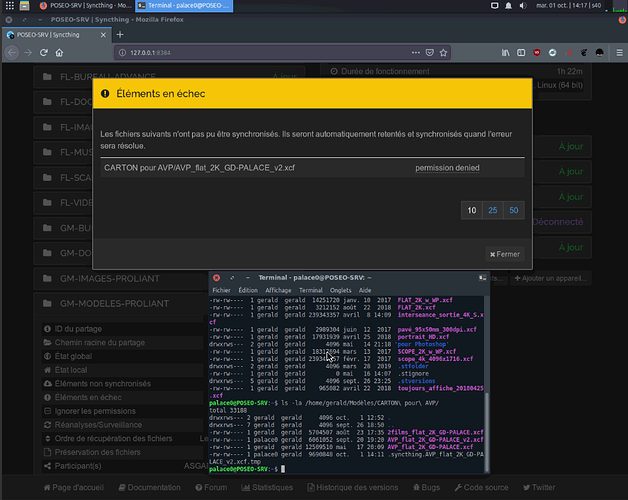 Mmm x/X right is maybe missing on the parent folder, I’ll check again. And checked, it seems ok too.

Well, switch to that user and try deleting the file yourself. Perhaps it’s ACLs and not permissions thats the issue.

I have no problem to delete file with user palace0 inside the folder, even if files belong to gerald.

I did re-pass sudo chmod -R u+rwX, g+rwX on the closest parent folder and it seems ok now.

Weird, as I can’t be sure what solved the issue.

I have no idea what user syncthing is running as, so it’s not clear whether you tried the right scenario.

Syncthing is running as user palace0, in its own session. That device is never used with another user / session.